New plans have been unveiled to convert an ageing shopping centre in California's Silicon Valley into a vast development featuring the world's largest green roof garden. 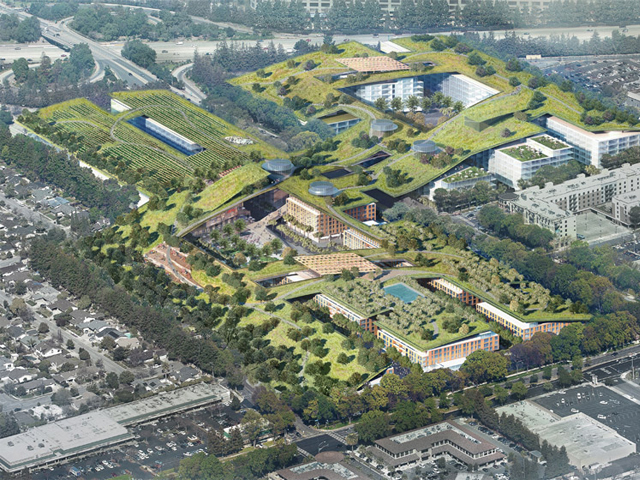 New plans have been unveiled to convert an ageing shopping centre in California's Silicon Valley into a vast development featuring the world's largest green roof garden. 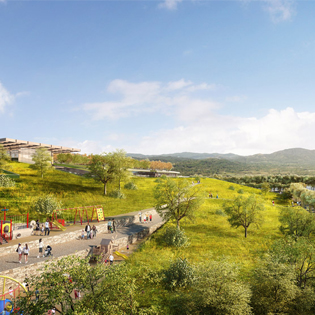 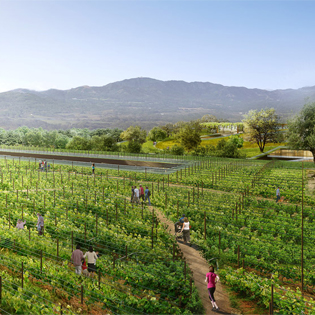 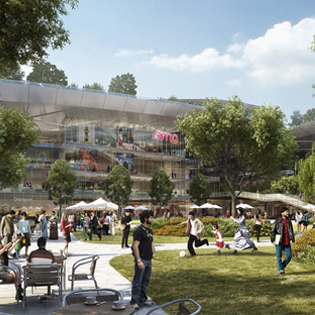 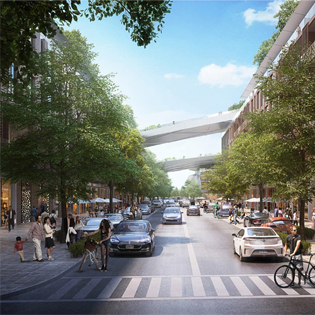 If the plans are approved, the Hills at Vallco Scheme would occupy a 50 acre site in the heart of Silicon Valley between Apple's One Infinite Loop headquarters and the Norman Foster-designed Apple Campus 2.

"The Hills at Vallco features an unprecedented 30 acre community park and nature preserve, which will not only be the largest community park in Cupertino, but also the largest green roof in the world," said a statement from Sand Hill Property Company, the developer behind the $3 billion scheme.

The undulating green roof – designed to buffer the partial residential scheme from neighbouring industrial estates – would be crossed by a 3.8-mile network of walking trails. Vineyards and orchards, an amphitheatre, playgrounds and banks of native planting to attract local wildlife would also be hosted on the roof.

The green roof complex is also expected to house up to 800 apartments, 185,000 square metres of office space and a new shopping centre containing a cinema, bowling lanes, an ice rink and a gym.

Plans for the scheme will be submitted to the City of Cupertino in the coming weeks and a public consultation is currently running on The Hills at Vallco website.