WORKING ON THE RAIL ROAD


Flinders Street Station receives much needed attention and care to ensure that the transportation hub keeps up with the demands and growth of Melbourne’s population. 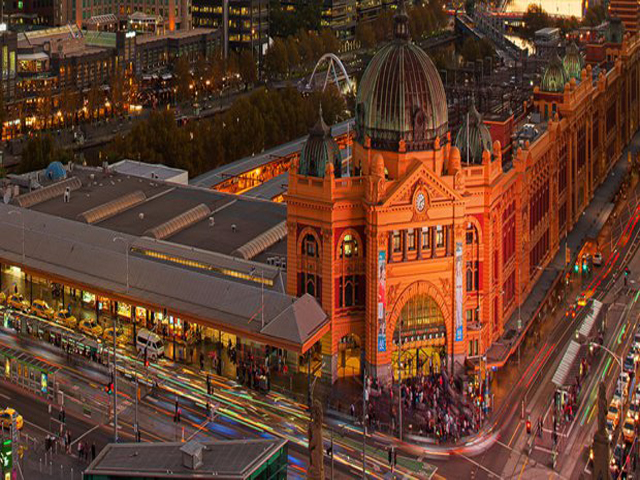 Work on Victoria’s transport system has ramped up this year, with progress on the $100 million project to save and clean up Flinders Street Station. 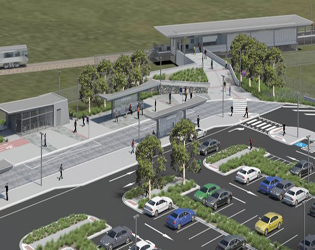 The restoration was determined to be a vital part of preventing parts of the station becoming unsafe, unusable and eventually unsalvageable. The work is planned to include upgrades to station platforms, entrances, toilets and information displays.

Scaffolding has been installed on Flinders Street at the western end of the Administration Building, to enable extensive restoration works.

These works will include repairs to the façade of the iconic building and repaint it to its original 1910 colours.

The scaffolding will be constructed above the station awning, supported by ground-level towers running along the building’s northern façade.

A construction zone will be fenced off underneath the scaffolding to keep the public and workers safe, and shops along the Flinders Street side of the Administration Building will remain open throughout the works. Pedestrians will still be able to use the footpath, although it will be narrower than it is currently.

Minister for Public Transport and Major Projects Jacinta Allan said work to repair and repaint the façade of the building will start in just a matter of weeks.

Scaffolding has already been installed on the Platform 1 side of the Administration Building to allow roof replacement, waterproofing and painting work to be carried out.

Works completed to date include the refurbishment of toilets on the main concourse and upgrades to lighting across all platforms.

Planning is well progressed to refurbish the Elizabeth Street subway toilets and build a new entrance to Platform 10 at the western end of the station. These works are expected to start in the next few months.

The scaffolding on both sides of the Administration Building will remain in place until 2018.

Still on the tracks but away from Flinders Street Station, the Victorian Government also announced that Caroline Springs Station – the tenth new station opened by the Andrews Labor Government – is completed and ready for passengers.

The new station will be serviced by more than 280 services a week, with trains every 30 minutes on average in the peak, and every hour on average off-peak.

Bus services have also been upgraded, with Route 460 extended from the town centre to the new station. Included in the upgrade is a secure bike cage close to the platform to encourage people to ride the station and catch the train.

The new station comes ahead of the Labor Government’s $518 million transformation of the Ballarat line, which will duplicate the line to Melton. This aims to create space for additional services, with increased frequency throughout Melbourne’s west.