Victoria’s female construction workforce was celebrated last week, at the National Association of Women in Construction VIC and TAS Awards of Excellence. 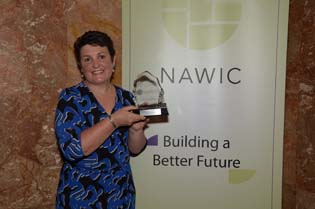 Women in Construction Congratulated, at NAWIC’s Industry Night of Nights! 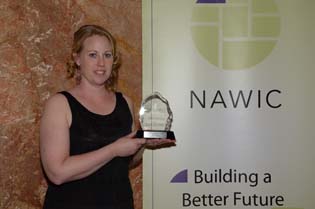 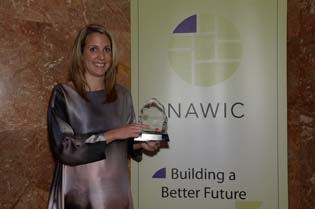 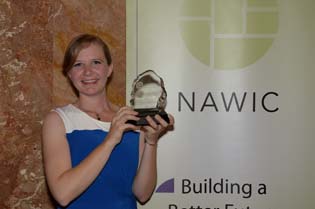 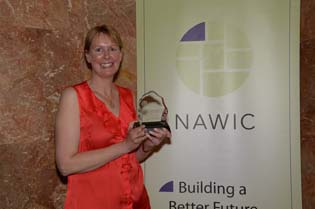 The NAWIC Excellence Awards are celebrated annually to recognise the significant contributions of women in the construction sector.

NAWIC Victoria and Tasmania Chapter President, Laurice Temple said “Tonight is about us as individuals, as an organisation and as an industry collectively recognising the exceptional efforts of individuals who have been nominated for the various awards.”

“NAWIC’s strength and the benefit we provide as an organisation is encapsulated within in this room; within all of you,” said Ms Temple.

The NAWIC Awards for Excellence also provided the opportunity for Members to welcome new CEO Sheryle Moon. Previously honoured as Australian Businesswoman of the Year, Ms Moon’s career has spanned industry sectors including Recruitment, Management Consulting, ICT and Not for Profit Associations. Ms Moon is acknowledged as a transformational executive who can move organisations and the people within them from one operational state to an enhanced position; and NAWIC Members are delighted to have her at the helm.

The ten award categories honoured women for their outstanding contributions to the industry across different areas including Design, Environmental Sustainability, Leadership, Business, and as a Student and Apprentice or Trainee.

Winners of the 2012 NAWIC Awards of Excellence are:

NAWIC congratulates all the nominees and winners for the 2012 Awards of Excellence.

NAWIC is a non-profit volunteer organisation that offers career advice, forums for exchanging ideas, mentoring, skills development, industry education opportunities such as scholarship and networking for women in construction.