AI is coming to the construction industry, whether we like it or not. But it’s not as grim as it may seem and it doesn’t mean that all human-powered jobs will be gone. Yaz Shqara from Autodesk discusses the benefits. 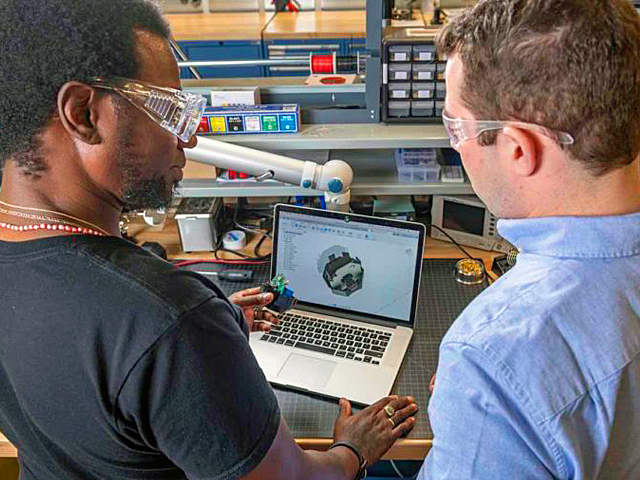 Autodesk Technology Centre in Toronto resident, Michael Schwanzer, of ZEITDice, (light blue shirt), is designing cameras that enable machines to see and understand our world in order to provide humans with new and valuable insights. With the push of one button, the camera is able to generate data for greenhouses all over the world to provide data crucial to increasing their productivity. The team is also developing a completely self-sustaining camera that can be deployed anywhere and recognize retrainable patterns and send the extracted data to the cloud.

When the topic of robots in the workforce gets brought up, it’s easy to feel a little uncomfortable. After all, we commonly hear comments like, “one day when robots are doing our jobs…” or “a machine can do that, quicker and cheaper.”

However, the truth is far less scary than these conversations and sensationalism. Indeed, construction is rapidly moving towards its next phase of digital advancement – artificial intelligence and automation.

While it may seem inevitable that certain roles will likely be replaced by machines in the future, the benefits of embracing AI and automation outweigh the potential negatives – especially when you take into account that AI is more likely to help create new jobs while enhancing industry efficiency.

When considered more closely, automation in construction provides way more good than bad for the industry’s workforce and the end-users who benefit from building projects.

Here are three of the most compelling reasons for the industry to embrace automation:

Yet, Safe Work Australia reports: “In 2017, 30 Australian workers were fatally injured while working [within the construction industry],” accounting for just over 16 percent of all worker deaths.

Clearly, the jobsite poses hazards that other industries rarely match, which means construction stakeholders have a responsibility to take every available precaution to make the job safer.

Thankfully, automation and artificial intelligence open serious opportunities for improving construction safety. Automation and AI has the potential to:

Furthermore, machine learning is also being used to identify safety concerns faster. Some smart companies are developing technology that can see construction accidents before they happen.

Technologies such as BIM 360 Construction IQ work to predict falls on the job, helping mitigate the event that causes nearly 37 per cent of deaths in construction.

How is this technology working so far? According to BAM Ireland, a Construction IQ user, the company has “achieved a 20 percent reduction in quality and safety issues on site.” Construction IQ algorithms don’t just look at the number of QC items, the technology also surfaces keywords such as “waterproofing details” or “TPO damage” to help identify high risk issues, act as red flags and can help to mitigate risk. 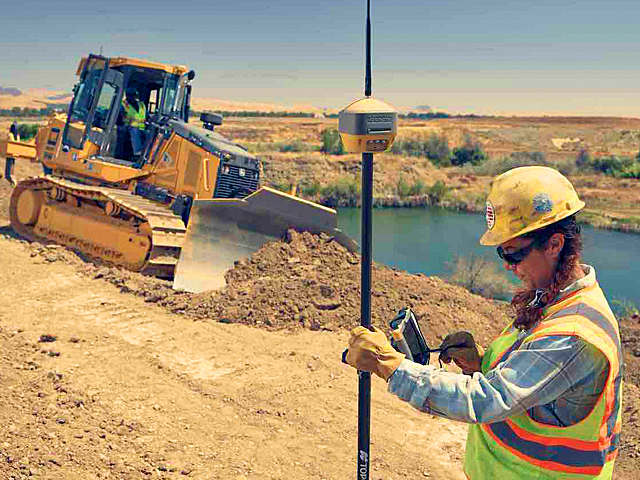 CLOSING THE GAP ON THE LABOUR SHORTAGE

While some are busy railing about machines taking over their jobs, construction is facing a severe labour shortage, even with an unemployment rate of 7.4 percent due to COVID-19. This has been explained due to demand for labour exceeding supply within the construction industry. The Government’s recent Job Trainer program will go some way to addressing this gap.

If implemented correctly, automation and robotics can also help improve the efficiency of the current workforce with machines filling in for specific jobs where there is a shortage.

For example, human-intensive activities such as excavation and prep work can be reduced with the use of robotics. Such technologies can take on tasks like operating heavy equipment and vehicles, which can keep the industry trucking (no pun intended) while the market catches up, helping to ensure that labour shortfalls don’t impact the bottom lines of human stakeholders and those workers who do have jobs.

AI can also be used for better labour planning, with automation in construction used to reduce large amounts of necessary but repetitive manual work. For instance, compiling a process like creating submittals logs has historically been tasked to a project team member, and it could take days and even weeks of their time to create, track and manage.

But with automation software such as Pype, a log can be created instantly and tracked seamlessly throughout the process.

As IBM’s Watson has proven, machines can indeed be more intelligent than us in a wide range of tasks. In many industries, this type of machine intelligence is working side-by-side with humans to improve decision making and productivity.

In construction, we’re not yet there: “Engineering and construction is behind the curve in implementing artificial intelligence solutions,” says research firm McKinsey & Co, adding that, “while its customers are increasingly sophisticated, it remains severely under digitised.”

So, as owners demand intelligent operations and cutting-edge results, firms that can’t keep up will become irrelevant.

Stanford University’s ALICE perfectly exemplifies how companies can get faster, smarter and more productive: “Starting from an initial construction plan where the early schedule and size of the project are defined by a human scheduler, ALICE uses the inputs to calculate millions of different scenarios that would require decades of work for a person to complete.” ALICE’s AI leads to better designs with more options, fewer errors, better collaboration, less rework and more.

HOW TO PREPARE FOR THE FUTURE OF CONSTRUCTION

So, how can construction firms prepare for a new way of working, with automation and AI at our fingertips? It means taking an eyes-wide-open approach:

AI is coming, whether we like it or not. The truth is, tomorrow becomes today shockingly quick. Don’t assume you can adopt AI and automation when it’s already here and too late to get up to speed.

Plenty of leading companies are starting to embrace automation and AI, and if you want to remain competitive–whether as a massive firm or a boutique start-up –you need the right tools to do so.

Make sure leadership understands this, even if you’re the one who has to bring it to their attention. So, start pursuing questions about tomorrow today, before it’s too late–and you get left behind.

Via The Fifth Estate

Why Construction Teams Should Embrace AI and Automation
Universal Magazines