VALLEY OF THE ‘GREEN’ GIANTS


With the hope of diversity and abundance in the offing, this creative concept holds the potential to turn a barren landscape into a verdant oasis and provide much needed life to desert areas. 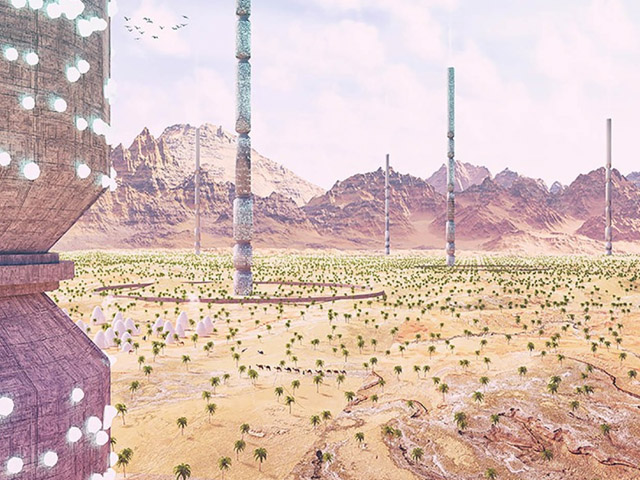 An interesting new design proposal imagines a future in North Africa that is no longer defined by conflict and desertification, but of cultural diversity and abundance. Eric Randall Morris and Galo Canizares envision The Valley of the Giants, a series of tall, skinny cylindrical structures that carry all of the elements necessary to turn a barren desert into a life-giving oasis. 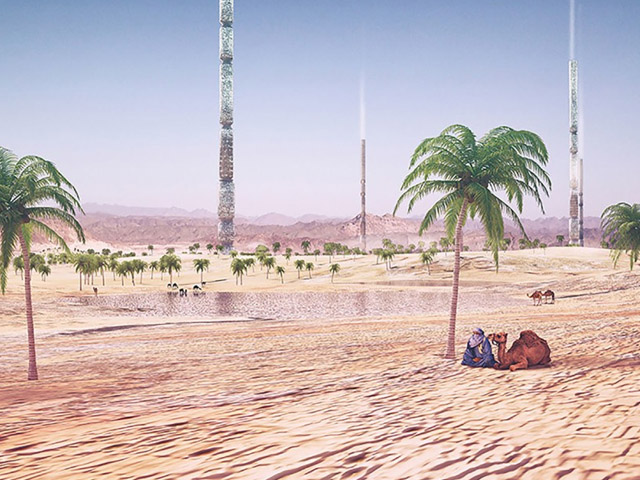 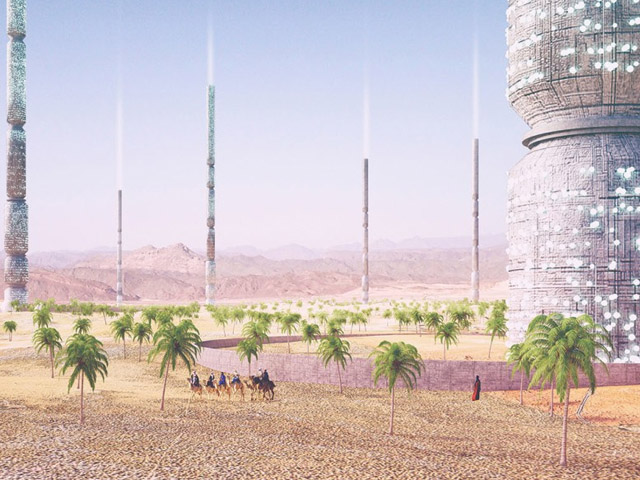 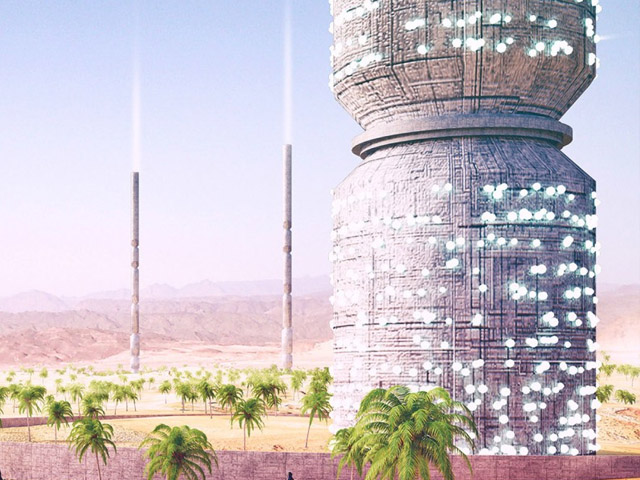 An honorable mention in eVolo’s 2016 Skyscraper competition, Valley of the Giants takes a futuristic approach to addressing real and pressing concerns troubling North Africa (and other regions) today.

“Water was scarce, and the only inhabitants were nomadic tribes like the Tuareg people,” the design team wrote in their competition brief. “As global conflicts grew and their impact rippled over several continents, demand for refugee housing and temporary settlements increased in the area. Frustrated, the country’s government decided that they needed to build something; a permanent solution to the temporal problems which kept piling up. They needed something that addressed the influx of immigrants, the desertification of the area, and changing cultural diversity; something beyond a quick-fix.”

Their answer is long cylinders that house plant spores and produce, collect and treat water. This combination of attributes allows the giant towers to pollinate the landscape, transforming it from vast stretches of desert into an oasis. They are also connected to a network of underground pipes that create pools and wells.

“Today it is home to both permanent residents and traveling nomads,” the brief reads. “The oasis extends far to the base of the Anti Atlas Mountains in Morocco, and south to the city of Tindouf. The new urban development is a mixture of traditional Tuareg tents, permanent clay huts, and contemporary dwellings. Politics and social life have their ups and downs, but there hasn’t been a major conflict in the area since the time before the Giants.”