The federal government has outlined plans to make Australian cities cooler with a proposal to increase “urban canopies” over the next few decades and increase quality of life for urbanites. 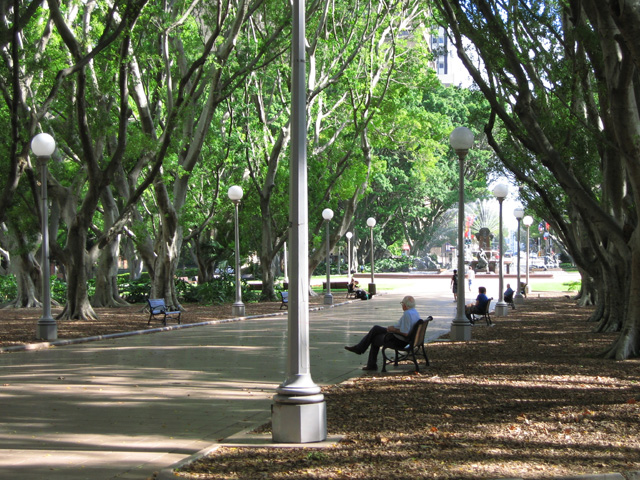 With a view to reducing the heat island effect in cities and improve the health and wellbeing of citizens, the federal government is outlining plans to increase tree cover in metropolitan areas.

Acting Cities Minister Greg Hunt recently outlined a plan to collaborate with individual cities to increase tree coverage in urban areas. Goals will be set for each decade, slowing increasing “urban canopies” each year until 2050.

In a recent speech by Mr Hunt to the Sydney Business Chamber the impact of extreme heat experienced by people living in large cities was highlighted and the resulting heat island effect that is generated due to urban development.

"Extreme heat place[s] the most vulnerable people in our cities - including the very young and very old - at high risk, and contributes to a number of deaths each year," he notes.

In addition to the goals set to develop more tree cover, the government will also "look at building rooftops with green cover".

Financial arrangements are being considered by the government for funding the venture to implement these strategies that cannot be covered by public funds due to the rapid nature of growth in capital cities.

Strategies could include "value capture" - finance models that aim to capture the gain in land value that property owners enjoy when public infrastructure is built nearby. It can include property taxes, parking levies or giving property development rights to transport operators.

"One of the fairest ways to fund new infrastructure investment is for the beneficiaries of that infrastructure to contribute to the cost," Mr Hunt will say.

The government will also seek to increase the number of jobs in residential areas, to limit commute times – reflecting the “20 minute city” model proposed in Melbourne that aims to create a short commute to jobs, schools, shops and leisure facilities through changed land-use mix from every city suburb.

Mr Hunt will flag a potential expansion of that model to other cities, saying it shows how all levels of government can work together to "plan for how our cities will grow".