Australians have long thought that we were good at saving water. A new survey has proven not only that, but also that the majority of city-based Aussies have taken steps to use less water.

Australians have long thought that we were good at saving water. A new survey has proven not only that, but also that the majority of city-based Aussies have taken steps to use less water. 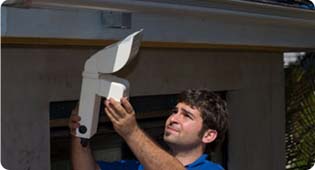 Perhaps we should be questioning the old addage that rural folk use less water than their city counterparts?

96% of city-based Australians have saved water in some way in 2012 according to the ‘attitudes to water efficiency’ Newspoll survey.

The survey also found the number of people who consider the water situation serious across Australia’s cities has increased for the first time since 2006.

The survey Newspoll undertook at the end of 2012 for Smart Approved WaterMark, Australia’s label for products and services that save water. A representative sample of 711 adults aged 18+ were interviewed in Sydney, Melbourne, Brisbane, Adelaide and Perth.

The CEO of Smart WaterMark, Mr Julian Gray, says “Australians have a very strong emotional attachment to water as seen in the survey with a staggering percentage of people actively saving water around the home”.

Shorter showers and changing watering habits in the garden were the two most common activities undertaken, with just under 80 per cent of people reducing water use this way.

64% of people stopped washing the car or boat and 54% retrofitted showers, taps or toilets through a government or utility program.

Sydney residents have shown an increase in use of trigger nozzles, irrigation systems, waterless car wash and wetting agents since last year.

Smart WaterMark has conducted the national Newspoll survey since 2006.  More information on Smart WaterMark can be found on the consumer website at www.smartwatermark.org