Ambitious plans have been unveiled for an underwater tennis centre to be built in Dubai. 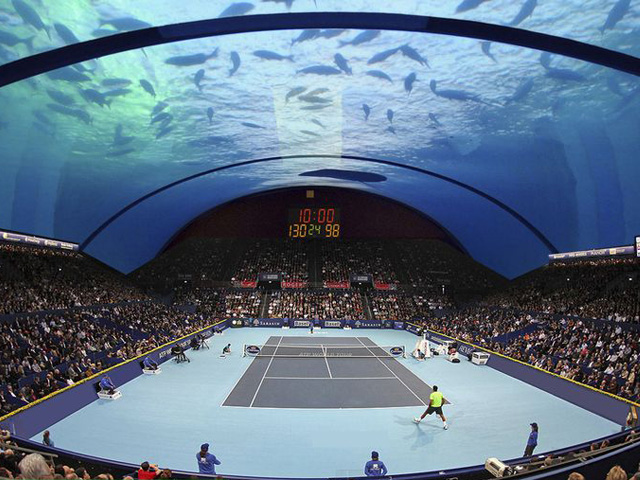 An outlandish proposal to build an underwater tennis centre in Dubai has been unveiled. 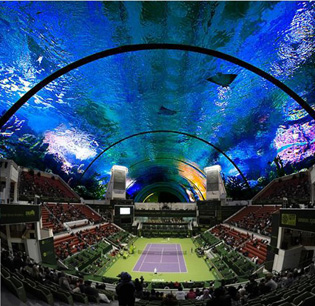 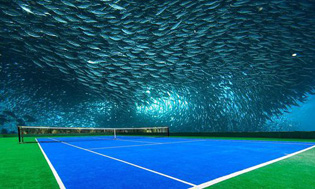 Comprising a total of seven sports arenas, the Underwater Dubai Tennis Centre (by 8 + 8 Concept Studio) is a massively ambitious work. While technical details on the concept are relatively light, what we do know is it would sit in a shallow bay and be part-buried into the sea bed, with the curved glass roof relatively close to the ocean surface.

The interior would include a lobby and hall at its deepest point, both of which would offer views of local sea life.

The technical hurdles preventing such a project getting off the ground are considerable, however, especially given the proposal is for several tennis courts – not just one. And although the exact measurements of the entire project are unknown, the Underwater Dubai Tennis Centre looks extremely massive.

There’s also the technical challenge of putting something like this into place, plus there are earthquakes, tsunamis, and large storms to think about as well.