Deemed ‘unbuildable’ by experts, the Davos Hotel in Switzerland has been completed and features an extraordinary facade design. 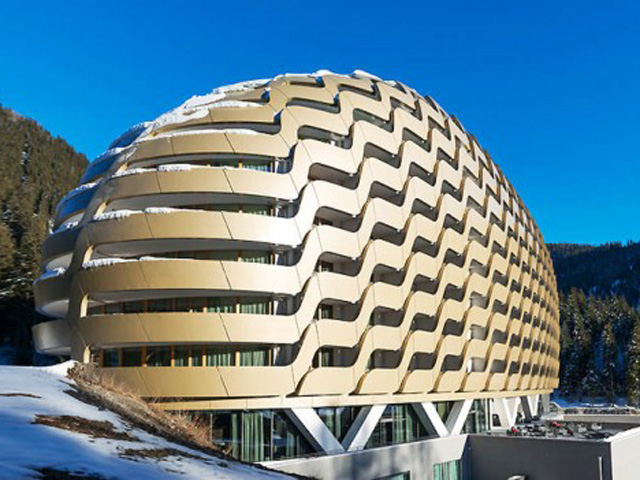 Munich-based architects OIKOS have just completed the Davos Hotel in Switzerland, which features an innovative oval façade that was deemed “unbuildable” by experts. 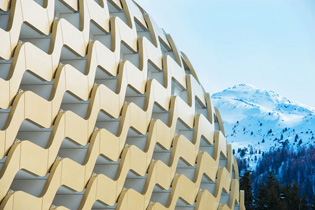 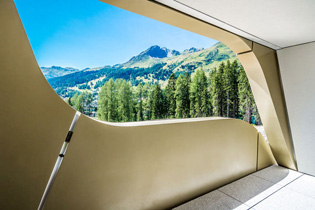 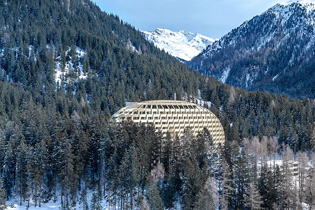 Located amidst the spectacular Graubünden Alps 1600 metres above sea level, the InterContinental Davos Hotel is an oval-shaped building wrapped in an envelope that reflects the magnificent natural surroundings. Inspired by pine cones, the architects decided to create a façade that would have similar overlapping elements.

In order to optimise the design and make it buildable, OIKOS partnered with structural engineering firm Wilhelm+Partner, who specialises in extraordinary façade designs. The team decided to use steel instead of aluminium and developed a design for the laser-cut primary and secondary ribs based on a square. The 3D curvature was achieved through the use of a supporting structure. Only 3mm-thick sheet steel plates with champagne-coloured metallic coating cover the frame form the visible surface of the facade.

More than 62,000 individual pieces were used to build the envelope and were managed by automated procedures and fabrication techniques. Although each of the spandrel panels is unique, they all have identical, square, steel rib construction that allowed for a more economical fabrication. They were manufactured in a plant in Plzeň in the Czech Republic and transported to Davos to be assembled on site.

Despite the complexity of the hotel design, the entire project took only two years to build.