As the year draws to a close, we take a look back on some of the ground-breaking architecture, design and landscape milestones of the year that was 2014. 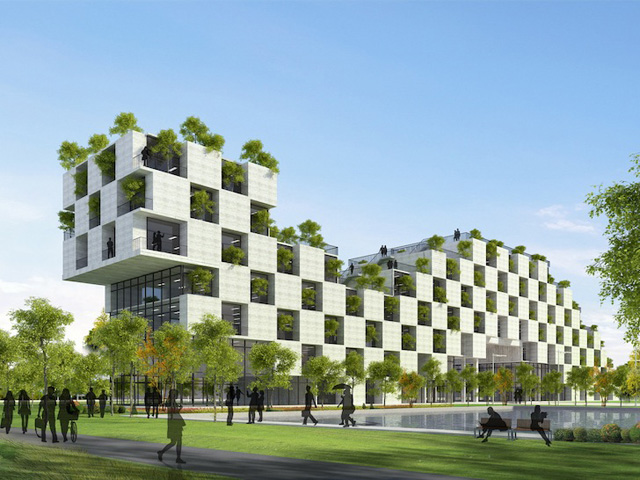 From doughnut-shaped buildings in China to triangular skyscrapers in Paris, 2014 was the year of fascinating landscape architecture and design. 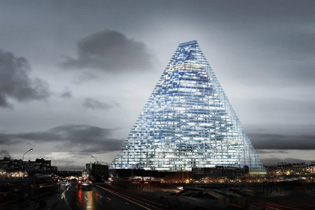 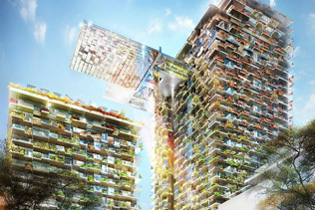 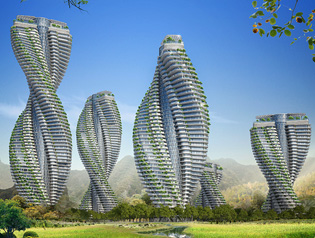 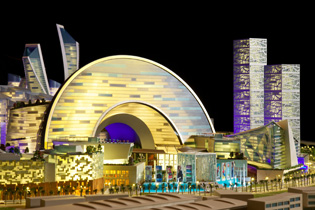 In 2014, the world’s deepest swimming pool was unveiled in Italy, as was the world’s first vertical forest in Milan. Dubai made its mark on 2014 by declaring the world’s first temperature-controlled city would become a reality through its Mall of the World project.

Deemed ‘unbuildable’, 2014 also saw the completion of the Davos Hotel in Switzerland, which features an oval façade made up of 791 three-dimensional curving steel spandrel elements and over 62,000 individual envelope pieces.

China also created a ‘world first’ in 2014, unveiling a pair of towers that once completed, will stand as the world’s tallest pair of skyscrapers, reaching a staggering height of 1km.

Australian cities also unveiled a host of mind-blowing architecture in 2014: Melbourne revealed plans for a floating surf park in the heart of the city; Perth unveiled an ambitious design for a concert hall; and Sydney revealed a stacked tower to sit alongside the iconic Opera House.

2014 also saw a surge of architecture incorporating green walls and roofs. Sydney’s One Central Park was named Best Tall Building Worldwide in 2014, with its lofty green presence impressing judges. The world’s tallest indoor living wall was completed in Quebec, with construction on a checkerboard building with tree-filled balconies and a series of green roofs beginning in Vietnam.

2014 was also the year for technological advancement with revelations that glow-in-the-dark trees could soon replace street lights; and glowing plants could soon be illuminating our gardens. Smart Highways was also unveiled in 2014, with a stretch of highway in the Netherlands becoming the first road to use light-absorbing glow-in-the-dark road markings in a bid to make roads safer and more sustainable.

Plans were also unveiled for an underwater city, thanks to a self-sustaining futuristic biosphere, with a floating city design also unveiled as a self-sustaining solution to overcrowding. 2014 also saw designs for energy-efficient villas that would encourage eco-responsible living in China, as well as a plant-covered twisting tower in Taiwan that would produce more energy than it consumes.

In the field of public transport, an automated hovering monorail system was designed to change the face of commuting as we know it. While for tourism, it was revealed Britain’s i360 will become the highest observation tower outside of London.

These are but a few of the amazing landscape projects we came across in 2014. We look forward to bringing you more innovative and exciting landscape architecture and design projects in 2015.

Photos (top to bottom): Checkerboard building in Vietnam; Triangle-shaped tower for Paris; One Central Park Sydney; Twisted Tower in Taiwan; and Mall of the World in Dubai.