From the world’s tallest vertical garden, to a complex of 31 ‘stacked’ apartment blocks, 2013 was the year of jaw-dropping landscapes. 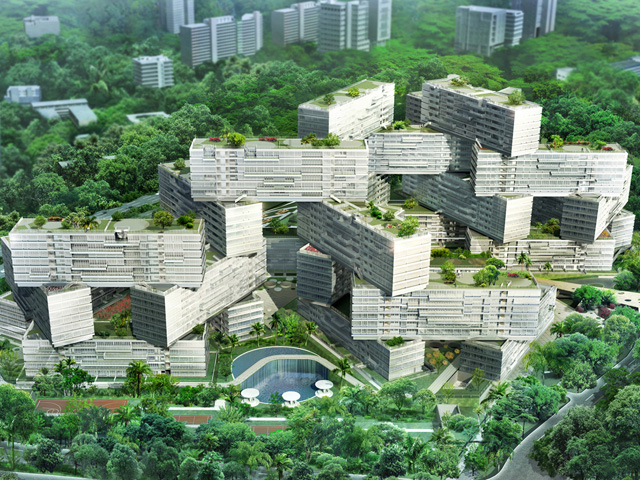 2013 was a big year for landscape architecture, design and construction. Whether it was an idea, a work-in-progress or a completed project, some of the landscapes that caught our attention in 2013 did so for one reason – the ‘wow’ factor. 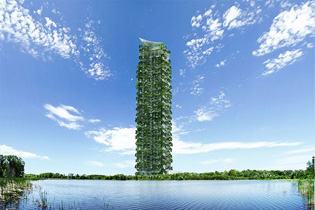 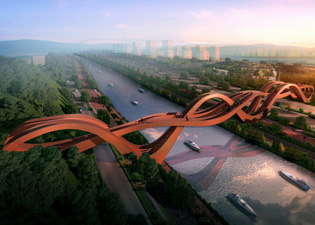 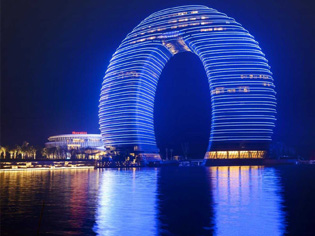 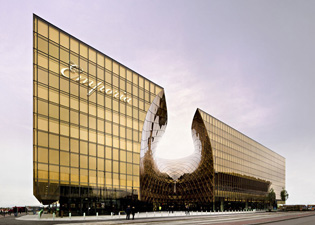 One particular project that had our readers in a flutter was the world’s tallest vertical garden in Sri Lanka. Rising 46 floors and housing 164 apartments – each with its own self-sustaining garden terrace – the tower is wrapped in vegetation and will be the first sustainable high-rise in the country.

Another residential development that left us in amazement last year was The Interlace in Singapore. Featuring 31 ‘stacked’ apartment blocks arranged in a honeycomb pattern around six hexagonal courtyards, the project is one of the largest and most ambitious residential developments currently underway in Singapore. Breaking away from the standard, isolated vertical apartment towers, The Interlace takes a more interconnected approach to living through communal spaces which are integrated into its lush surrounding greenbelt.

Singapore also gave us the PARKRoyal on Pickering hotel which officially opened in 2013. Located in the CBD, it is a striking and sustainable green space, and by adding plant-covered balconies and terraces around the exterior, the architects were able to create 15,000 square metres of greenery – around double the area of the site.

In the retail sphere, 2013 saw an array of shopping centres that gave new meaning to ‘retail therapy’. One in particular was Emporia in Sweden, which uses a gigantic golden chasm to mark its entry point. Inside, the retail space is organised around a three-storey figure eight shape with shops grouped together around boldly coloured atriums to assist shoppers find their way around.

When it comes to landscape structures, China gave us something to talk about last year. A pedestrian bridge with a wave-like structure that recreates the continuous form of a Mobius strip is planned for the Dragon King Harbour River on Meixi Lake district in Changsha. The bridge will be made from corroded steel and impart a reddish colour. It will comprise a sequence of undulating steel ribbons that combine to create a never-ending surface.

China also introduced us to the futuristic vertical farm in 2013. Devised as a solution to China’s expanding cities and the country’s limiting ability to produce enough food for the 20% of the world which it supports, the modern, efficient and environmentally sustainable vertical farming structures would be built from lightweight metals and produce crops all year round to support the local economy. Inspired by terraced rice farming techniques in China, they involve a series of circular farm plots where food would be grown hydroponically and crops would be rotated throughout the year according to the season.

China also astounded us last year with the unveiling of a horseshoe-shaped hotel set on the Taihu Lake. The Sheraton Huzhou Hot Spring Resort features 321 guest rooms and from above the water resembles a horseshoe, but actually has two underground levels that create a complete oval.

China remained at the forefront of the construction boom in 2013 by starting work on a hotel resort that will nestle into the 100 metre-high rock face of an abandoned water-filled quarry 30 miles from Shanghai. Known either as the Shimao Wonderland Intercontinental or the Songjiang Shimao Hotel, the resort is part of the larger project to build the Shimao Shanghai Wonderland – a large scale theme park. The hotel will feature a huge waterfall which will pour down from the roof of the hotel complex. Two storeys of the hotel will be built underwater, 17 will be within the cave and two more will be above ground.

Another landscape structure that had us gasping for air in 2013 was Apple’s new spaceship-shaped headquarters which was cleared for ‘launch’ by Apple officials in Cupertino. Expected to be completed in 2016, the sustainable, state-of-the-art office, research and development facility will consist of 80% open space and parkland. The majority of space will be greenery except for a glimmering ring of polished metal and glass in the middle of it, housing up to 14,000 employees.

These are but a few of the landscapes that got us talking last year. For a complete look at all the ODS E-News stories from 2013, visit our ‘News’ page.

With 2013 now behind us, it’s time to look to the New Year and get ready to be amazed – again! It’s only January and we’ve already seen a doughnut-shaped skyscraper in China and the proposal of ‘organic cities’ in the UAE. Here’s to another exciting yeah ahead for the landscape industry.