THE VALUE OF SIGNS


A design competition launched in LA, calling for billboard proposals to be situated on the Sunset Strip, explores the nature of today’s signage and its value as an asset in the public space. 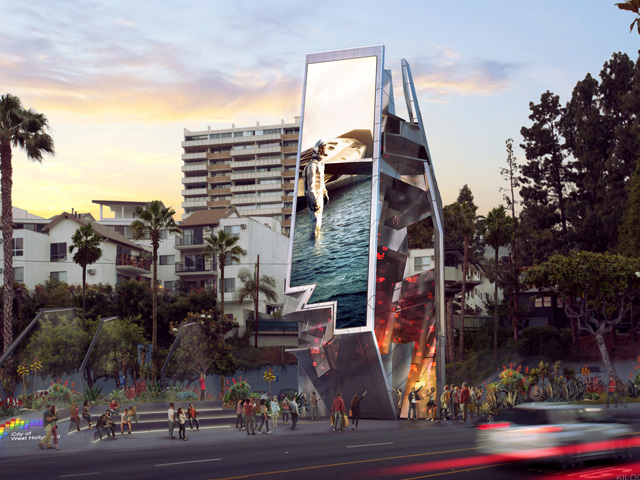 The visual identity of West Hollywood’s Sunset Strip has been synonymous with billboard advertising since the 1960s. Over time, different eras have been displayed through the advertising; from the rock bands and cigarette brands of the 60s and 70s, to the highly commercialised signage of today. As part of an initiative to probe the value of this signage as both an identifier and a valuable public asset, The City of West Hollywood (WeHo) launched The Sunset Strip Spectacular Pilot Creative Off-Site Advertising Sign Competition. 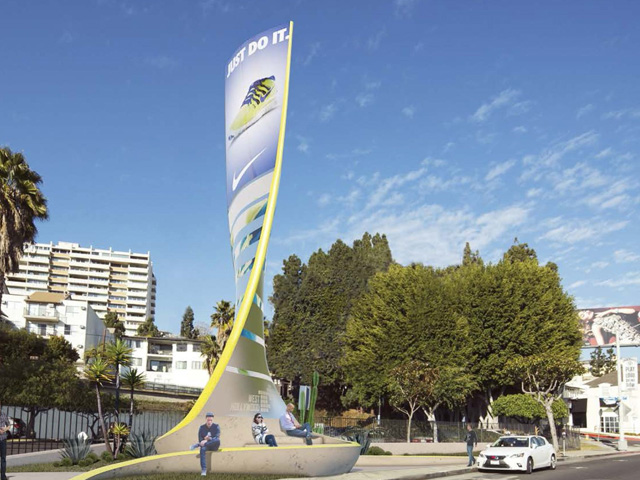 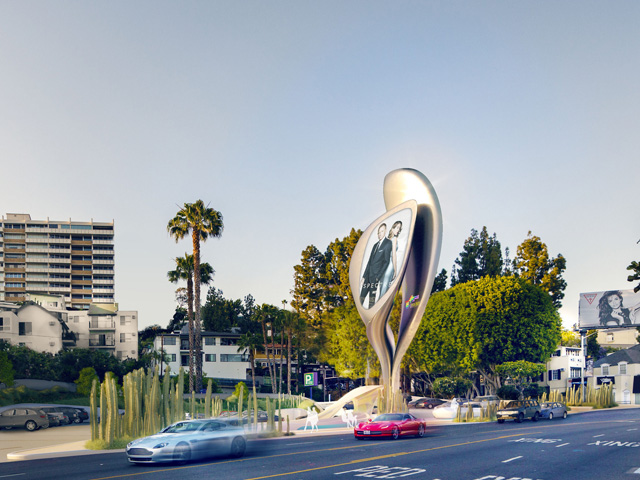 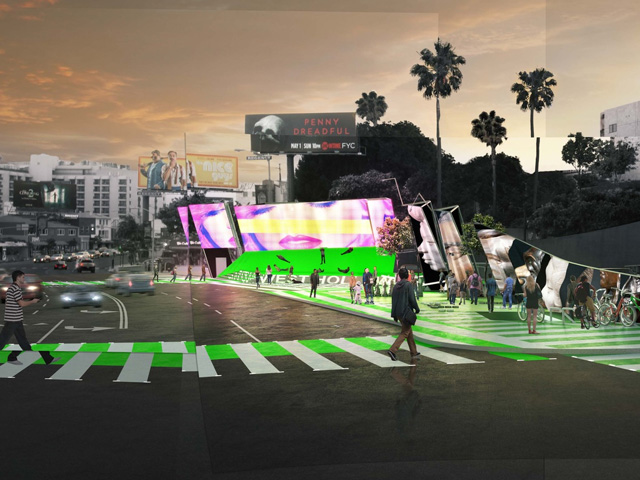 Following public presentations in May, the proposals are now visible to the public before the jury makes their recommendation later this month.

Once a site-specific phenomenon, the billboards that presently line the Sunset strip are predominantly mass-advertisements, replicated elsewhere throughout Los Angeles. According to WeHo, one of the key aims of the design competition was to “bring creativity and originality back to the Sunset Strip." The new “Spectacular” had to approach all aspects of design and technology in a cutting edge fashion, superseding the double-sided billboard typology that currently reigns. Over 50,000 cars currently traverse the strip on a daily basis, and in the past the billboards have been almost exclusively oriented towards these commuters.

Now, West Hollywood is transforming, and pedestrian networks are beginning to influence the streetscape. Thus the new “Spectacular” was to feature a “multi-dimensional” array of signage, able to be understood at both a distance and close up, and a new public square at its base.

Depending on the success of the project, the possibility exists for the winning proposal to act as a prototype for other installations along the strip, creating an entirely new visual landscape for West Hollywood.

Despite their formal differences, the four proposals share commonalities: multi-planar surfaces; the inclusion of complex twists; the creation of a new public icon that is activated by pedestrians at ground level; an innovative use of media technology, and often a focus on social media interactivity. The partnership with local arts initiatives and artists by several teams further aligned with WeHo’s belief that this particular site is one of the few in the world where “outdoor advertising has the potential to be elevated to an art form.”

Once a winning proposal is selected, the team will work with WeHo to refine their design into “an exemplary project that will inspire and delight for many years to come.”

The Value of Signs
Universal Magazines