THE STRUGGLE FOR SKILLS


Wage pressure continues to mount in Australia, particularly in specific high-skill industries, indicating that some organisations face difficulties in recruitment and retention due to a shortage of qualified workers. 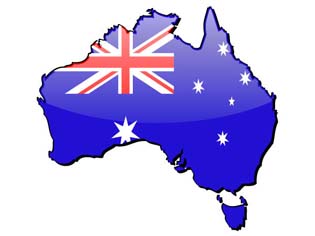 Wage pressure continues to mount in Australia, particularly in specific high-skill industries, indicating that some organisations face difficulties in recruitment and retention due to a shortage of qualified workers. 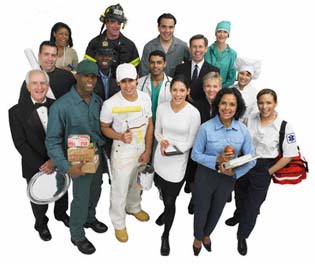 This is one of the findings of a major report published by recruiting experts Hays in conjunction with Oxford Economics. The Hays Global Skills Index represents a unique and insightful barometer of the market dynamics and availability of professional skills in 27 key economies around the world, including Australia.

The Index creates a score for each country between 0 and 10 on the constraints and frictions faced by its market for skilled labour. This is calculated through an analysis of seven components, covering areas such as education levels, labour market flexibility, and high-skill wage pressures.

A score above 5.0 suggests that employers are witnessing difficulties finding the key skills they need and are suffering market friction, whilst a score below 5.0 indicates a lax labour market in which there are no major constraints on the supply of skilled labour. Within these overall scores, however, the scores attributed to each of the seven components can vary significantly, highlighting the different dynamics and pressures faced.

Overall, Australia rates 5.9 on the Hays Global Skills Index, compared to the average of 5.1. However, Australia also scores 8.0 in terms of both wage pressures in the overall economy and in high-skill industries.

“Labour market tightness in Australia is driven by demand for high-skilled professionals in specific industries, including engineering, energy, and oil and gas,” says Shane Little, Regional Director for Hays Property.

“These shortages are also evident in our latest Quarterly Report, covering October to December 2012, which found there is a demand for high-skilled professionals such as Structural Engineers, Line Engineers, and Geologists.

“The job market varies on a quarterly basis, but in the long term we will continue to feel the skills shortages as they will still be evident and a major feature of Australia’s job market in the future.

“We expect shortages to continue across industries such as healthcare, due to our ageing population. Moving forward, there will also be a need for candidates with the correct skills required to drive major projects in the construction sector. Climate change will also lead to job creation in the development of green energy sources and in occupations needed to mitigate the impacts of global warming.”

According to the Index, while high-skill shortages are also found in the operational and technical areas associated with the extractive industries in Australia, there is also demand for qualified staff in accountancy and finance and other professional services for these industries.

“There is still a need for mining engineers and surveyors in the resources and mining sector along with senior processing candidates and candidates in fixed-plant maintenance and planning,” says Shane.

Meanwhile, the Index shows that each country surveyed faces specific issues in its skilled labour force. 16 of the 27 countries are currently suffering some degree of labour market tightness, despite the global economic slowdown – an economic paradox.

To combat the mismatch of skills availability and demand around the world, the Hays report proposes a long-term three-point action plan for policymakers.

“First, governments should focus on the skills their economies lack and take appropriate measures to attract the relevant people through targeted immigration. This would in many cases require an overhaul of existing work visa arrangements,” says Shane.

“Second, employers should be offered fiscal incentives to increase their provision of relevant training. Third, governments should work with employers and educational authorities to implement a series of measures and incentives to persuade young people to acquire the skills that are most needed on both a country and international level.”

According to the Index, Australia scores well on labour market flexibility, with 3.8 against a global average of 5.4, based on its openness to immigration and flexible labour laws. Australia’s points-based migration system went through a major review in July 2012 that adopted occupation-specific caps in the hope that the country will better be able to respond to the needs of the economy, the report says.

The Index also has Australia at 4.3 for education flexibility – better than the global average of 4.8, this is due to the fact Australia has a well-educated workforce.

Meanwhile, Australia scores 5.4 when it comes to fragility of economy. According to the Index, Australia’s government finances and exports appear sustainable, indicating that the economy is not overly vulnerable to external shocks.

Although GDP growth has eased as a result of lower demand from emerging markets, the rate of inflation remains moderate, which puts Australia at a score of 7.3 when it comes to the health of the economy.

The struggle for skills
Universal Magazines