THE SOUNDS OF SPACE


The Orbit Pavilion by Studio KCA allows you to enter the conch-shaped pavilion to listen to broadcasts of NASA satellites in outerspace – in real time! 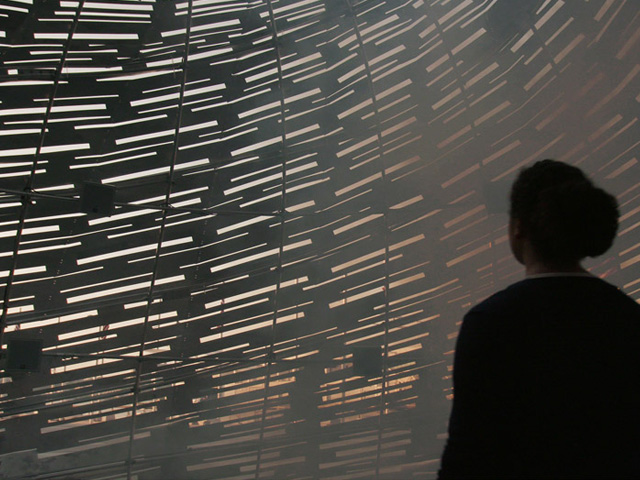 New York office Studio KCA has created a conch-shaped, metal pavilion for NASA that provides visitors an opportunity to listen to the sound of satellites orbiting the earth. 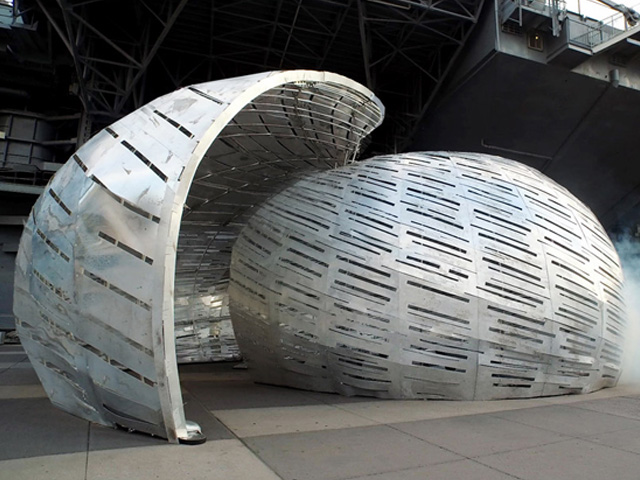 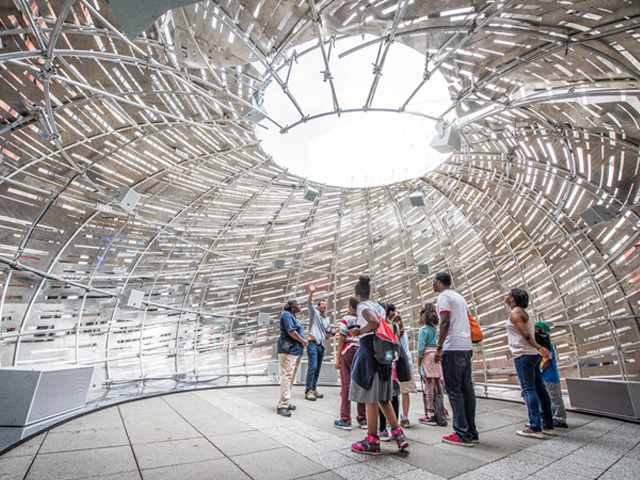 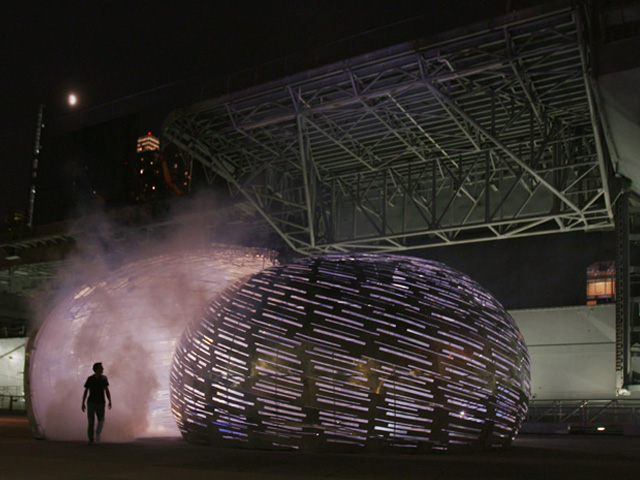 Called the NASA Orbit Pavilion, the structure encompasses 102sqm and was commissioned by the National Aeronautics and Space Administration (NASA).

The pavilion is currently housed at the space agency's Jet Propulsion Laboratory in Pasadena, California, after being on view in New York in 2015.

When it received the commission, Brooklyn-based Studio KCA was charged with creating a structure that would convey the sounds and trajectories of 19 NASA satellites that currently orbit and monitor the earth.

The pavilion's nautilus shape was inspired by the experience of placing a shell next to your ear and "listening to the ocean".

"What if you could walk into a massive shell and listen to the sounds of space – or rather, a symphony built out of the sounds of satellites in space?" said the studio, which is led by principals Jason Klimoski and Lesley Chang.

The structure is composed of 325sqm of water-jet-cut aluminium panels inscribed with more than 100 orbital paths that the satellites travel. The panels are linked together and bolted to a curved framework of aluminium tubes. Measuring nine metres, the structure has a large oculus at its centre.

An array of speakers within the pavilion broadcast the sounds of satellites in space. The soundscape was created by artist and composer Shane Myrbeck.

"The team created a '3D sound chamber' that visitors can enter into and listen to the sounds of NASA's satellites as they fly over, under and around them – in real time," said the Studio KCA.

"The surface perforations echo the orbital paths of the satellites, culminating around the oculus at the centre of the sound chamber," the studio said, adding that the wall perforations also mitigate exterior noise and decrease wind loads on the relatively light structure.

The studio is currently working with the Jet Propulsion Lab and a local library to have the structure put on view at the Huntington Botanical Gardens in San Marino, California. It made its debut at the World Science Festival in Manhattan in May 2015, and was then transferred to the city's Intrepid Sea, Air & Space Museum.

The Sounds of Space
Universal Magazines