THE PLAN FOR XI'AN


An ambitious design for a town in China’s Xi’an province has been unveiled. With a third of its area dedicated to green space, this development promises to be a pedestrian-friendly affair. 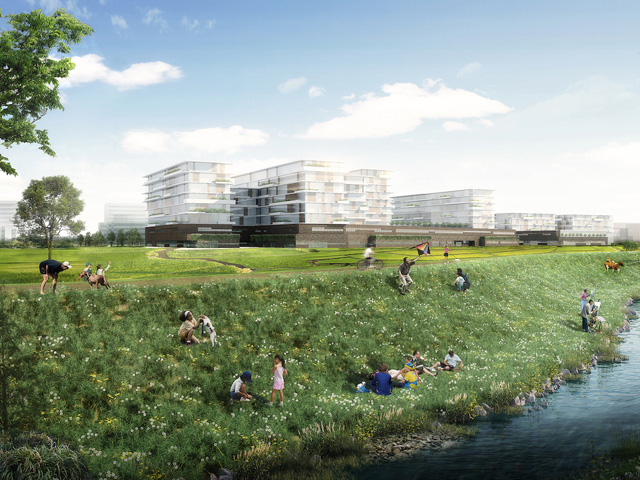 Giant towns popping up from seemingly nowhere have become a common sight in China. Xi’an, the central Chinese city best known as the home of the Terracotta Army, has unveiled ambitious plans for one such town that will serve as a new innovation hub in the government’s Silk Road plan. 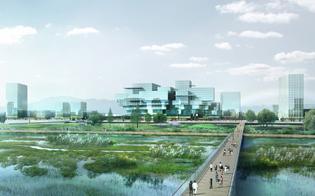 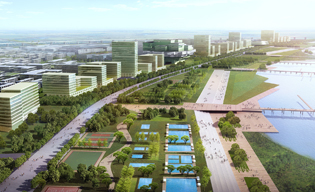 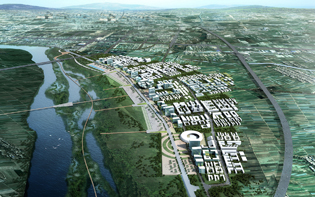 Designed by Stuttgart University’s Professor Dr Helmut Bott and architecture firm FARO*style, the World Bank-backed project will transform an enormous expanse of low-yielding agricultural land into a dense and pedestrian-friendly mixed-use development that will accommodate 40,000 people. The 291-hectare site will be located next to the Wei River and will dedicate over a third of its area to green space, from green roofs to large finger-like parks.

Xi’an’s 15-million-RMB innovation hub and campus will be located in Fengxi New Town and serve as an urbanised science park comprising large tech companies and start-ups in energy, bioengineering, IT, and material sciences. The hub will also provide homes, schools, healthcare, and commercial services for around 40,000 people, as well as house the new campus for Xi’an Jiaotong University.

“The plan offers an (academic) blueprint for the future co-existence between the city and the countryside,” said Bott in a press release. “The district plan is composed as a series of unique towns, each consisting of education, research, commercial, and residential areas. These districts come together at the riverfront—which is envisioned to become one of Xi’an’s most civic spaces—and fan out into the agriculture fields designated for experimental crops.”

The masterplan emphasises open space and green space, and all the essential services and large parks are within a five-minute walking range. The district’s five smaller villages are connected by a corridor that runs alongside the waterfront, as well as by four large parks that provide easily accessible green space and serve as catchment and irrigation systems to filter stormwater before depositing it into the river or constructed wetlands that ring the district.

The Xi’an Innovation Harbor is planned to be in full operation by 2020 and will be put on display during Beijing Design Week 2015 (September 24 – October 30) as part of the “next city lab” exhibition.

The Plan for Xi'an
Universal Magazines