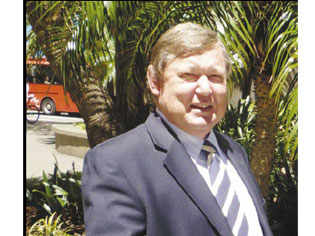 It is with great sadness that we advise that our former CEO, Mike Skegg, passed away on Saturday 31 March 2012. Many will know that he has been fighting cancer for several  years and those of us close to Mike know he has given it his all.  Unfortunately, however, his brave fight came to an end on Saturday morning. 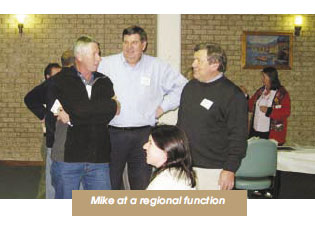 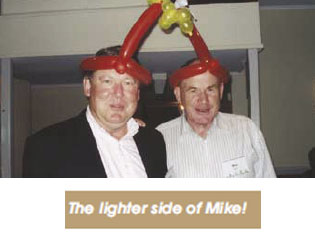 Much will be written about Mike Skegg in this issue of Nursery & Garden News and, justifiably, it will all be complimentary. As President, I will certainly miss his wise counsel and support but, as I’ve often said to Mike, his return to full health is of greatest importance and he should not concern himself with industry matters during his convalescence. Having said that, I reckon Mike’s decision to resign was a lot tougher than many people may realise. I know he loved his job, loved the industry and loved making a difference. He desperately wanted to return to work and get on with the job, so it must have been a very tough personal decision to make. I’ve been on the board since 2006 and I’ve come to know Mike pretty well. Rather than slowing down as the years progressed, I saw a growing enthusiasm by Mike to tackle the big issues and work even closer with the board. Such was his guidance that he gave us board members regular lessons on corporate governance matters, just to ensure we didn’t inadvertently step out of line and jeopardise ourselves or the Association. When we leave a job, most of us would like to think we made a difference to that organisation, that in some way we left our mark and improved things. I’m sure Mike is thinking exactly along these lines, so what exactly was Mike’s legacy; what imprint has he left on the Association?

Healthy Profits
As a past Managing Director of Yates, Mike brought a commercial slant to running our non-for-profit organisation. He had a great respect for members and knew he was accountable to them, not just the board, for the monies expended on running the Association and providing a broad range of services in line with members’ expectations. In this past financial year, he was most proud of overseeing a return to healthy profit. There’s no profit share, no CEO bonus! But it was good for the membership! During his seven year stint as CEO, Mike has seen an evolution in the marketplace, created by the impact of water restrictions, fluctuating consumer confidence, falling industry profitability and a sharing of diminishing wealth amongst a smaller number of industry stakeholders. Although there was no way that the Association could re-distribute wealth throughout the industry, there were some things that could ‘grow the pie’. In the past year, Mike was instrumental in re-forming the Green Industries Group (GIG), which comprised all the major representative bodies across the broad greenlife sector. The last time this group was active was back in the days of restrictive water rationing. When restrictions were eased, in part because of the pressure exerted by this group, the group itself became inactive.
GIG’s reformation was symptomatic of recognition that some of the big issues had to be tackled. Greening our urban environment, getting greenlife into the carbon debate, looking at the very structure of the industry and looking at how supply chain management and business training could improve industry profitability.

Mike was an avid supporter of such projects and he demonstrated a willingness to either lead the debate on certain matters or wholeheartedly adopt the board’s objective to find solutions to industry problems.

So, in my mind, Mike’s legacy is about creating a professional approach to Association management and not letting the need for timely report writing, and attending to the myriad of day-today matters, prevent us from looking at those big-picture issues that are so easily avoided by many. I know I reflect the views of past Presidents, Mike Mehigan and Sonja Cameron, when I say thanks to Mike for his guidance and his dedication to the role. He has set a standard by which any future CEO will be judged.

Our thoughts are with Mike’s family: his wife Charlotte, children Rebecca and Stephen and grandchildren Emma and Olivia.

The funeral service will be held at St Swithun’s Anglican Church, Pymble on Wednesday 4 April 2012 commencing at 2.30pm.

No flowers by request.  Donations can be made to the Cancer Council on www.cancercouncil.com.au