Crowd-funding gives rise to an elevated park proposal in the UK which would see the transformation of a disused motorway. 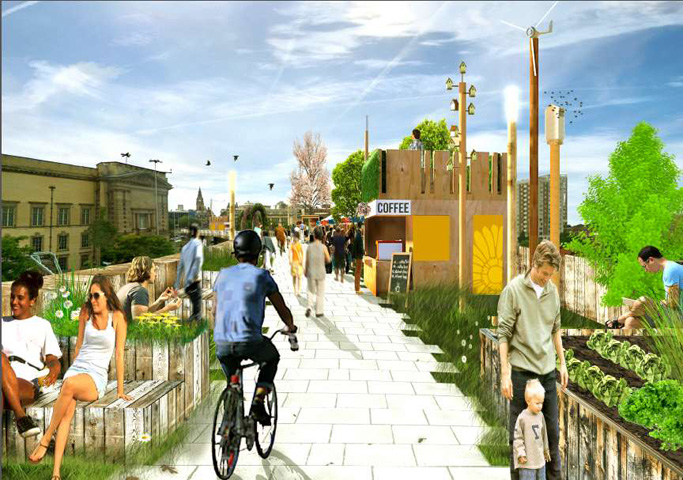 Many cities have reclaimed disused areas and transformed them into community spaces – the High Line in New York and the Goods Line in Sydney are two such examples – and now the UK has announced plans to transform a disused motorway into an elevated park. 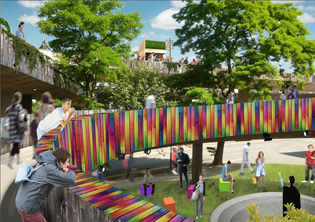 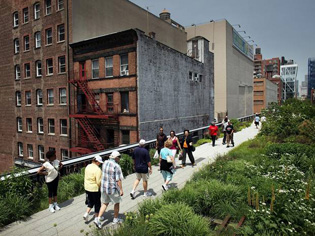 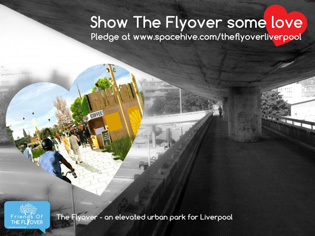 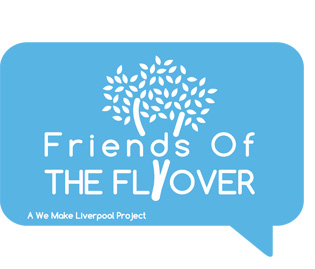 The project in Liverpool, UK, hopes to reclaim a disused motorway and transform it into an urban park and alternative events space. More than $75,000 has been raised by public donation through civic crowd-funding site Spacehive to begin a feasibility study on whether the Churchill flyover might be redesigned with the creation of a pedestrian and cycle-friendly promenade in the sky.

The design would feature cafes, raised beds for planting, allotments tended by the local community, independent retail kiosks and market stalls. Additional power infrastructure and Wi-Fi access would be added and regular events, such as gigs and farmers’ markets, would be held. The plans also include the development of an outreach and education program.

Friends of the Flyover is the brainchild of Kate Stewart, Steve Threlfall and Mark Bennett.

The UK project has been compared to New York’s High Line – a hugely popular 2.5km linear park built on the site of an old railway – which has revitalised an area of Manhattan’s West Side.

The plan was hatched in response to a strategic investment document published by Liverpool City Council, which proposed the removal of the flyover, the only surviving part of a wider plan to give Liverpool an urban motorway network in the 1970s which would have seen the M62 brought right down to the banks of the Mersey. It is estimated the cost of knocking it down would have been up to $7 million – nearly twice as much as it would cost to turn it into a park, it is claimed.

Andrew Teacher, Policy Director of Spacehive commented, “This represents a growing trend for people taking the public realm into their own hands and using civic crowd-funding as a way to enhance the environment. Anyone with a great idea can now get it out there”.