THE CHANGING FACE OF PENRITH


With several exciting developments in the pipeline including a $10m canal complete with walkways and viewing decks, could Penrith be Sydney’s next boom town? 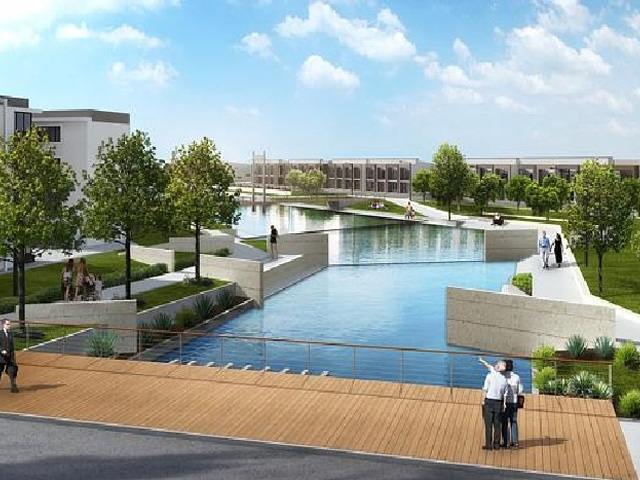 Penrith is being transformed with a growing number of innovative projects and fresh spaces within the city centre. Penrith is now home to pop-up parks, mobile playvans and even a European-style water canal. 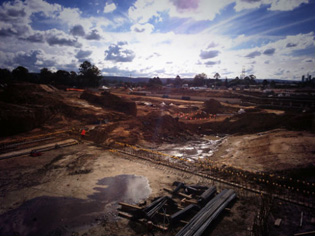 It’s enough to challenge other hip initiatives happening elsewhere in Sydney, but like many other places, Penrith’s vibrancy differs greatly depending on what side of the tracks you find yourself.

The southern side of the train station and traditional city heart has long been a centre of activity, while the northern side has traditionally been associated with farming, recreational and defence land. This too is changing, however, with several new developments to the north bringing people and rejuvenating place.

One such development is Thornton, a new suburb directly north of the Penrith train station that includes approximately 1000 dwellings, commercial and retail uses, two hectares of industrial land and seven hectares of open space. The diversity of land uses provided in the master plan and its focus on walkable human scale promise to improve experiences on the ground and permeability into the Penrith CBD.

A key design feature within the master plan is the $10 million canal. The canal will be an escape from high temperatures in the summer and will be accessible to the public with walkways, viewing decks and breakout spaces.

It also creates a landscape connection to nearby wetlands, Penrith Lakes and the Nepean River. By doing so, the canal will not only provide relief in the heat and improved visual amenity, it will also double as an important water treatment system, managing runoff and stormwater before it enters the waterways.

A salute to water sensitive urban design is important especially for the context of Thornton and its nearby ecosystem. The incorporation of thoughtful design does not stop at the big scale, with housing and other components of the master plan encouraging water saving and filtration. It also shouldn’t stop at the hard infrastructure but embed itself into human behaviour and society.

Penrith has been quick to adopt new ways of thinking and it doesn’t look to be slowing. As Parramatta continues to rise (in more ways than one) its influence is growing and impacting on other regional centres like Penrith.

With quick public transport into Parramatta, an improved public realm and mountains at your doorstep, is Penrith the next boom town?