The veils of secrecy have been removed from a highly confidential project due to be constructed in Iraq. ‘The Bride’ is the centre piece of a vertical city development planned for Basra. 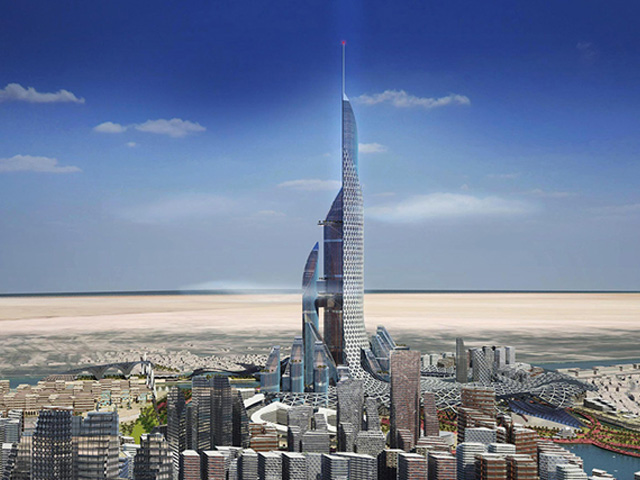 One of the fastest growing business centres in the world, due to its wealth of oil reserves, Basra in Iraq will undergo large scale development with the construction of a new vertical city. A city master plan, commission by Basra’s Government, was created by AMBS architects that will enhance and capitalise on the cities potential in the coming decade. 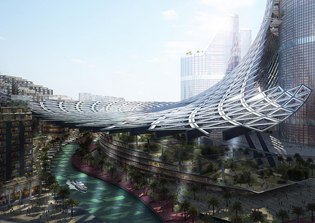 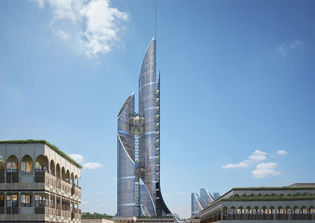 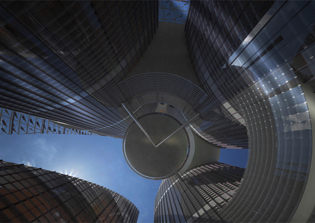 Determined to avoid the ruination of Basra’s valued environment, which is known for its fertile soil and capacity to produce agricultural crops, AMBS’s plan features vertical living as opposed to a more urban sprawl.

Known as ‘The Bride’, the plan consists of a series of four conjoined towers, forming the platform upon which a wealth of public spaces will be created. The planned development will consist of commercial office spaces, retail and leisure facilities, hotels and residential units, as well as parks, gardens and a rail network.

The tallest tower will stand 964m in height, with an additional antenna height of 188m. The smallest tower stands at only 244m in height. The towers will be connected at many levels, creating sky gardens and sky squares that allow pedestrians to pass from one tower to another through a variety of passages.

With deference to the external environment, the towers will be positioned strategically to create maximum protection for the surrounding structures. A canopy structure known as ‘The Veil’, will sit to the south of the Bride. ‘The Veil’, with a canopy that extends over 600,000sqm, will almost completely envelop public areas and lowrise buildings below within its shadow.

Apart from shading and cooling for the south face of Tower 1, ‘The Veil’ will integrate hybrid solar cooling PVT panels (a photovoltaic-thermal combined system). Water heated within these panels will be used to increase the photovoltaics performance, then fed to absorption chillers. The heat provided to the generator drives a cooling cycle that produces chilled water for cooling.

‘The Bride’ development is set to become the first vertical city in the world and will break new ground in engineering; with plans for vertical transportation and services opening new opportunities for development in the field.