Scientists have now created an artificial leaf that is able to convert sunlight into biomass liquid fuel at 10 times the rate of even the most efficient of its natural counterparts. 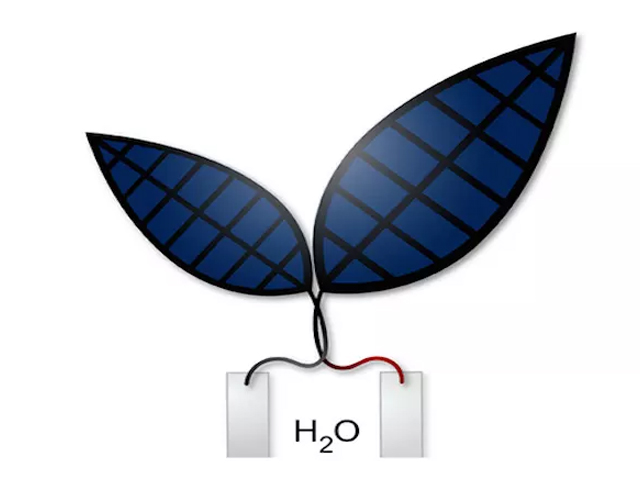 Over the last few years, great strides have been made in creating artificial leaves that mimic the ability of their natural counterparts to produce energy from water and sunlight. In 2011, the first cost-effective, stable artificial leaves were created, and in 2013, the devices were improved to self-heal and work with impure water. Now, scientists at Harvard have developed the "bionic leaf 2.0," which increases the efficiency of the system well beyond nature's own capabilities, and used it to produce liquid fuels for the first time.

The project is the work of Harvard University's Daniel Nocera, who led the research teams on the previous versions of the artificial leaf, and Pamela Silver, Professor of Biochemistry and Systems Biology at Harvard Medical School.

Like the previous versions, the bionic leaf 2.0 is placed in water and, as it absorbs solar energy, it's able to split the water molecules into their component gases, hydrogen and oxygen. These can be harvested and used in fuel cells to generate electricity, but now, with the help of an engineered bacteria, the hydrogen can be used to produce liquid fuels.

Where this latest device beats the efficiency of previous tests – and nature itself – is down to the catalyst that produces the hydrogen. In earlier versions, the nickel-molybdenum-zinc alloy catalyst used to produce the hydrogen also created reactive oxygen species, which would attack and destroy the bacteria's DNA. As a result, the researchers were forced to run the system at a higher voltage to overcome the issue, which led to a reduction in the overall efficiency.

"For this paper, we designed a new cobalt-phosphorous alloy catalyst, which we showed does not make reactive oxygen species," says Nocera. "That allowed us to lower the voltage, and that led to a dramatic increase in efficiency."

With this new catalyst, the system is able to convert sunlight into biomass with 10 percent efficiency, which is 10 times that of even the most efficient plants. But that's not the only potential application for the technology.

"The beauty of biology is it's the world's greatest chemist — biology can do chemistry we can't do easily," says Silver. "In principle, we have a platform that can make any downstream carbon-based molecule. So this has the potential to be incredibly versatile."

Already, the researchers have demonstrated how the system can be used to create compounds such as isobutanol, isopentanol and PHB, a bio-plastic precursor. Additionally, the catalysts are biologically compatible as they "self-heal", so they don't leech material into a solution.

While there is likely more room for further increases in efficiency, the team says it currently works well enough to consider commercial applications. As he discussed in previous years, Nocera's plans for the technology include using it in developing countries as an inexpensive source of renewable energy, which could power individual homes.