A new ‘super cycleway’ is planned for Norway in an environmentally friendly plan that will cost the city $923 million but contribute to their commitment to reduce emissions by the year 2030. 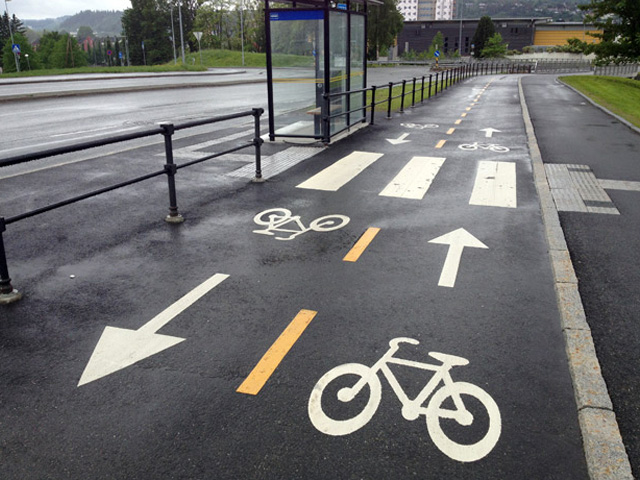 In an effort to reduce its transportation footprint Norway has announced plans to build a network of ten bicycle highways around its nine largest cities – at an estimated cost of $923 million.

The two-lane ‘super cycleways’ will allow cyclists to travel safely in and out of large cities – including connections to the suburbs.

While Norway certainly does get chilly in the winter, the Gulf Stream keeps most of the ice at bay and temperatures stay in the moderate range. The real concern is the longer, darker winter days, which could create bike safety considerations for the highways. By following the example of other super-northern cities, like Edmonton, Canada and Oulu, Finland, Norway’s government seems confident it can produce a safe and secure infrastructure for cyclists.

Denmark’s National Transit Plan mandates that 75 percent of buses, 50 percent of trucks, and 40 percent of short-distance ferries must be low emission by the year 2030. The nation also wants to limit increases in car use, and it will be conducting massive repairs on railways and roads.