The Sunset Strip is scheduled for a facelift. A new design has been proposed for a series of unified mixed-use structures in LA, which promises to revive the historical area of silver screen glamour. 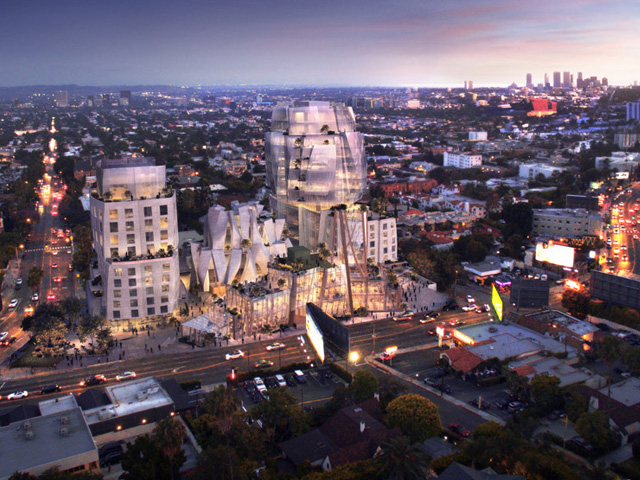 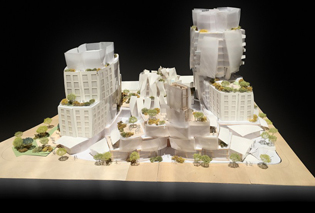 Recently unveiled, the design for 8150 Sunset Boulevard features five buildings that are united by a common plaza at street level. Public space is interwoven into the complex, which will encompass 31,000 sqm. The site anchors the eastern end of the Sunset Strip and faces Hollywood Hills to the north.

The development will have low heights along the street in order to relate in scale to nearby buildings. The area features architectural and cultural landmarks such as Chateau Marmot, a storied hotel meant to evoke a French estate, and the Art Deco-style Sunset Tower.

Gehry will design all of the buildings, interiors and landscaping.

The Pritzker Prize-winning architect said his design was loosely inspired by the Garden of Allah, a legendary mansion-turned-hotel on the Sunset Strip that was built in 1913. Humphrey Bogart, Greta Garbo and F Scott Fitzgerald were among the many celebrities who stayed there.

"By coincidence, I was in LA when the Garden of Allah existed, and while I don't have a tangible image to relate to the present, I have a feeling that this design leans toward the representation of my memory," said the 86-year-old architect.

The development features two residential mid-rise structures that are both sculptural in form.

The eastern, 11-storey residential building gestures toward Sunset Boulevard and the intersecting Crescent Heights Boulevard, while the 15-storey building on the west is scaled to relate to Chateau Marmont.

The residential buildings will contain a total of 249 and the additional structures will house retail and entertainment spaces.

A three-storey retail building will have glulam mullions supporting a glass curtain wall, and will feature a marquee element. "This street-front building will also promote an accessible pedestrian experience and invite people into the site's interior plaza," said to developer Townscape Partners.

The open-air plaza, featuring hard and soft landscaping, can be used for special events. At the centre of the plaza, Gehry's proposes a building with a facade made of stone cylinders and cones.

Gehry's design will be submitted for an environmental impact review in September, one of several steps in the approval process.

"Frank Gehry has proposed an iconic and powerful design," said Tyler Siegel, a founder of Townscape Partners. "His plan brings truly innovative architecture to an important and historic corner, where Los Angeles and West Hollywood meet."

"At the same time, Gehry's plan for the site provides welcoming and accessible pedestrian areas that will encourage people in the community to gather and visit, as well as much needed additional housing options in the neighbourhood."