New life has been given to hundreds of discarded plastic crates in Tangerang, Indonesia, by transforming them into a “space of kindness” that can be used for various purposes, from a school to a mosque. 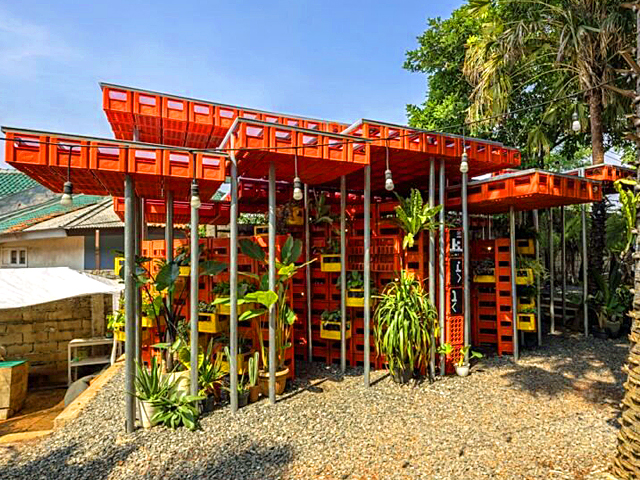 Parisauli Arsitek Studio came up with the idea for Kotakrat Pavilion, a 40-square-metre multipurpose space. In its initial form, the pavilion is currently being used as a small mosque, complete with a covered prayer room.

According to the design team, the inspiration for the pavilion stemmed from the desire to create vibrant public spaces out of discarded items. Plastic crates are common containers for just about any type of product, but they are often left on curbsides to be sent off to landfills. 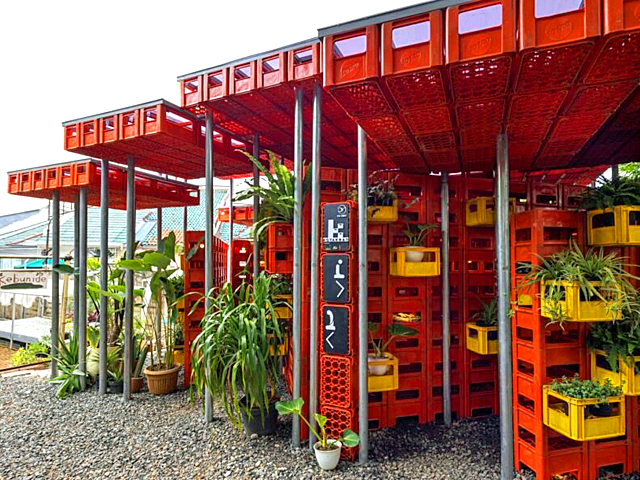 The Kotakrat Pavilion is a modular structure that can take many shapes and sizes and will suit almost any type of function. First, the pavilion is put together by stacking hundreds of plastic crates on top of each other to create the outer shell. The crates are then screwed together and reinforced with steel pillars to create a sturdy, durable building.

In this particular case, the public pavilion was designed to be a small mosque. Indonesia has the largest Muslim population in the world and the call to prayer happens five times a day. Having a covered area with several staggered roofs during these times is quite welcomed, especially during inclement weather. 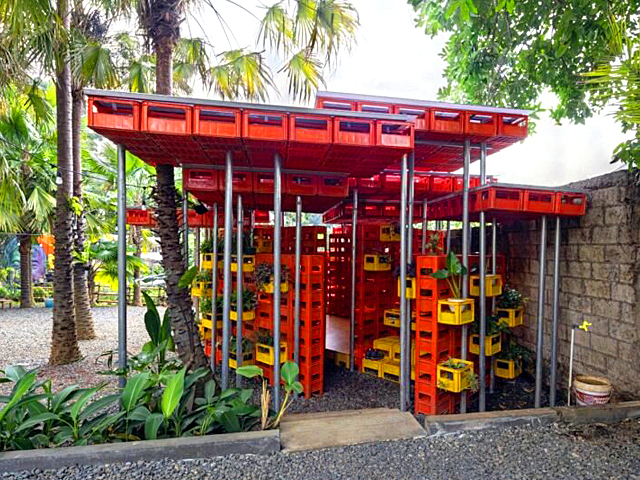 Several crates near the pavilion’s entrance are designated as storage space for shoes. Further inside, there are several ‘shelves’ to store prayer rugs. Throughout the modular pavilion, several hanging plants give the mosque a warm, welcoming atmosphere.

According to the studio, the process of repurposing waste into public spaces is a practice that all communities in today’s world should adopt.

“KotaKrat is a ‘ruang kebaikan’ (space of kindness) that starts with the diversity of people’s needs, behaviour and habits,” the team at Parisauli Arsitek Studio said. “The existence of this space of kindness adapts to the context, location and needs of its user community. Space of kindness may appear as a stall, prayer room, emergency posts, shelter, bus stop and others.” 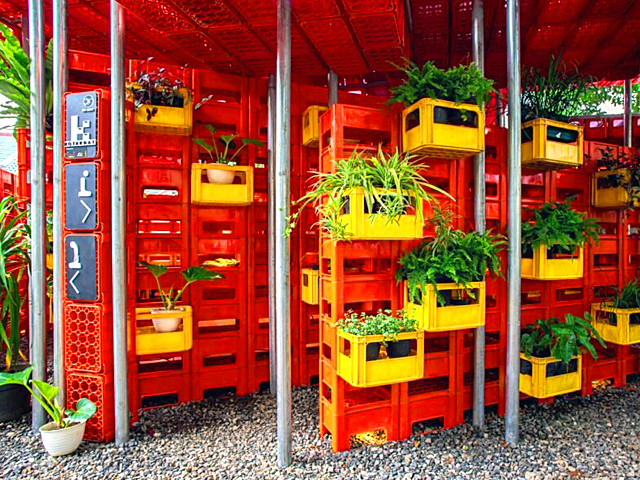 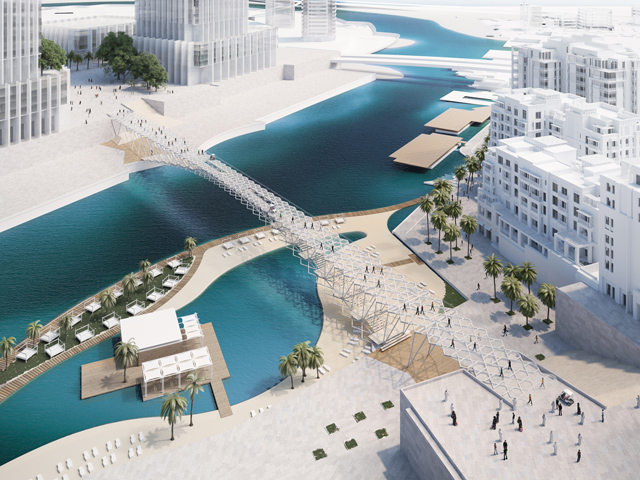 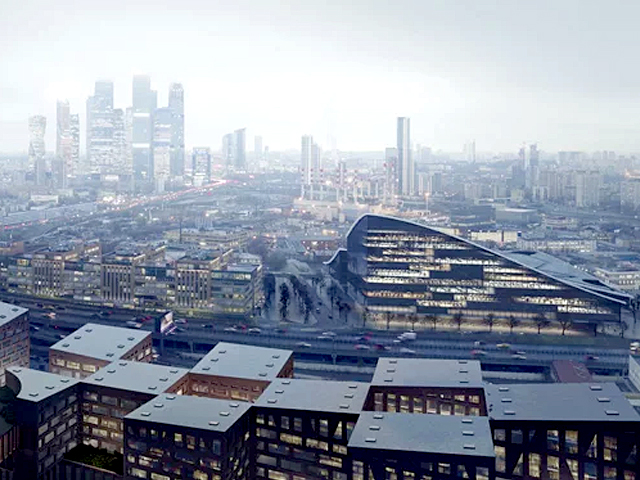 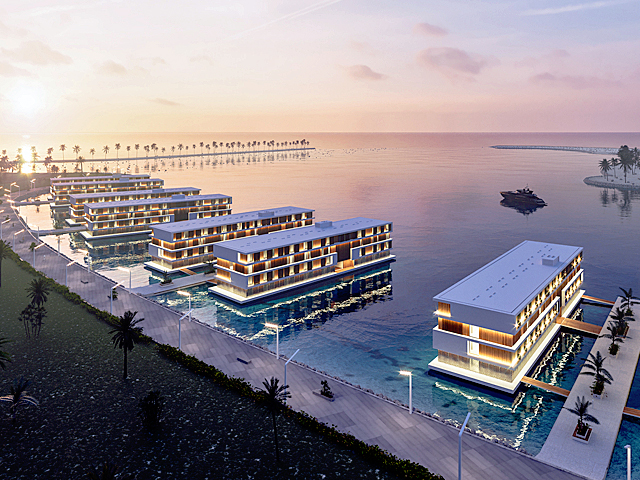 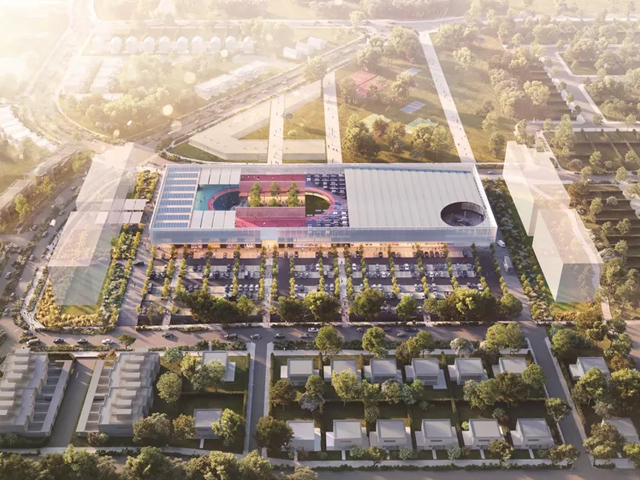 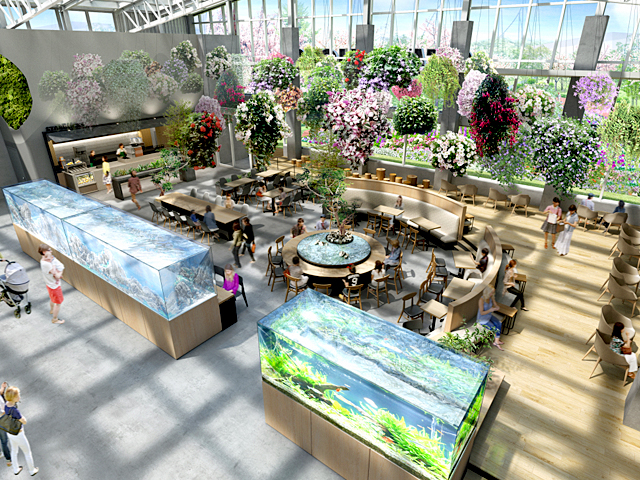 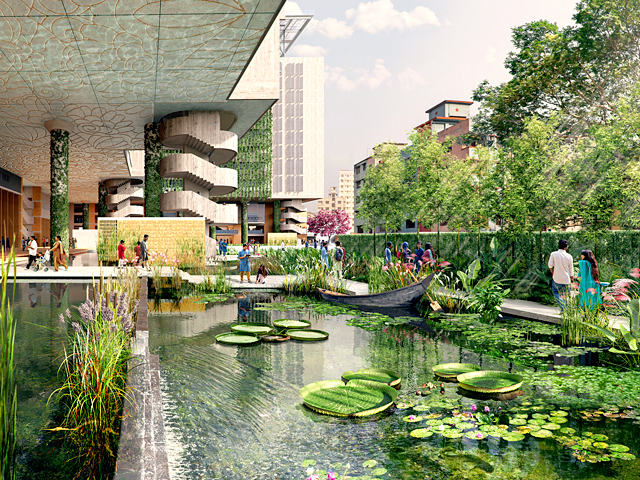