Plans for a solar-powered skyscraper that is destined to grace the Melbourne skyline claim the building will produce more than 50% of the tower’s base load power. 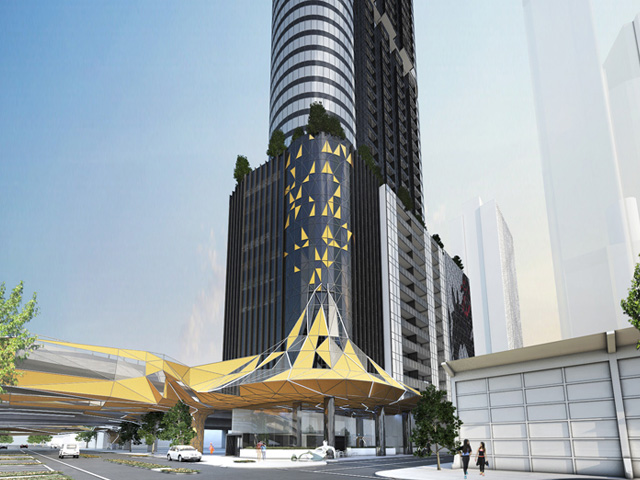 Plans have been unveiled for a solar-powered skyscraper in the city of Melbourne. The high-rise apartment building will be clad with photovoltaic cells, designed to store off-the-grid power for its residents. The 60-storey building seeks to capitalise on the country’s abundant supply of sunlight and has been shaped in accordance with the sun’s daily movement from east to west. 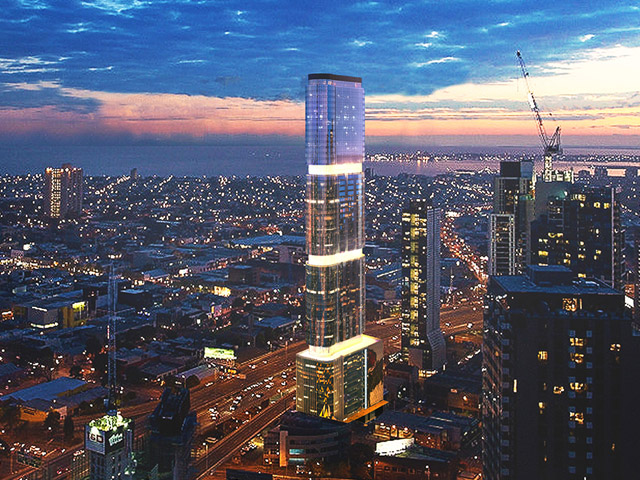 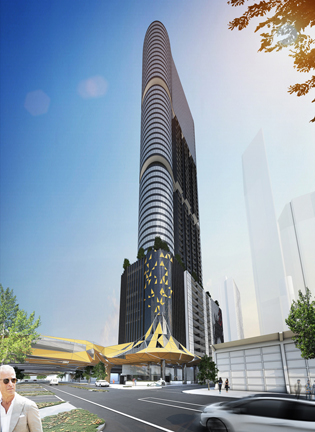 The 520-unit tower has been designed by architecture firm Peddle Thorp. ICR property group, the organisation representing the developer, say that planning documents have been submitted for the building, which would be situated in Melbourne’s Southbank neighborhood — 1 kilometer south of the city’s central business district.

According to the Sydney Morning Herald, high-tech solar materials will be sourced from China, with wind turbines fitted to the roof and low-energy LED lighting used throughout.

The façade is expected to comprise about 3000sqm of panels, with an extra 300sqm on the roof. The building’s current design would provide more than 50% of the tower’s base load power.

“The objective will be to have a complete off-grid building,” said Peter Brook, director at Peddle Thorp. “That’s probably somewhat over-ambitious but the objective is to get as far as we can down that road.”

Lower levels of the scheme will house commercial offices, shops, and car parking. Residences start on the 11th storey, some distance from the freeway below.