Sochi visitors will have the opportunity to have their faces scanned and recreated on the facade of a building as part of a 3D installation. 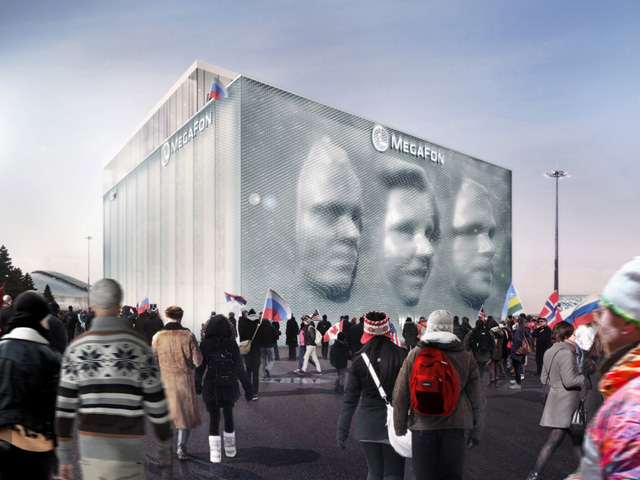 At this year’s Sochi Olympics, over 170,000 visitors will have the opportunity to have their faces scanned and recreated on the facade of the “Megafon” building as part of an installation by London designer Asif Khan. 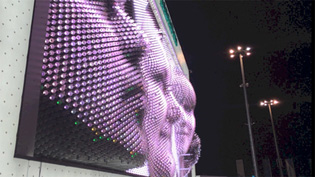 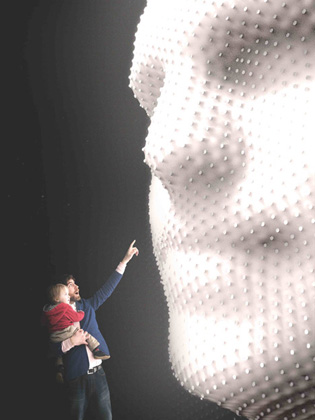 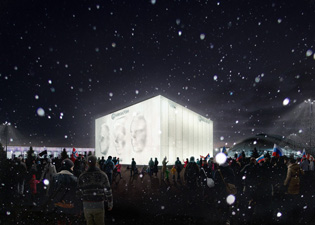 Entitled ‘MegaFaces,’ Asif Khan's facade is designed to function like a huge pin screen where narrow tubes move in and out, transforming a flat facade into an interactive three-dimensional surface capable of morphing into the shape of any face.

The facade will display up to three eight-metre-high faces which are blown up 3,500 times the size of a regular face and will display for a period of 20 seconds each. Anyone visiting the games will be able to participate by visiting a 3D photo booth and have their face digitally scanned. Five photographs will be taken of each participant's face from different angles, before being assembled into a single 3D image. The 3D image is then fed through to an engine and cable system attached to over 10,000 narrow cylinders, called actuators, that can extended out to lengths of up to two metres to recreate the shape of the face.

Asif Khan said “Selfies, emoticons, Facebook and FaceTime have become universal shorthand for communicating in the digital age. My instinct was to try and harness that immediacy in the form of sculpture, to turn the everyday moment into something epic.”

Images will be queued up on a digital scheduler and users will be informed what time to expect their face on the wall. Each participant will also be emailed a personal 20 second video as a memento.

The installation will remain in place for the duration of the Winter Olympic and Paralympic Games in Sochi and once the games have finished, the building will be moved to Moscow.