Schmidt Hammer Lassen are the winners of a design competition for a mixed-use cultural project in Shanghai that emphasises community inclusion and shared cultural experiences. 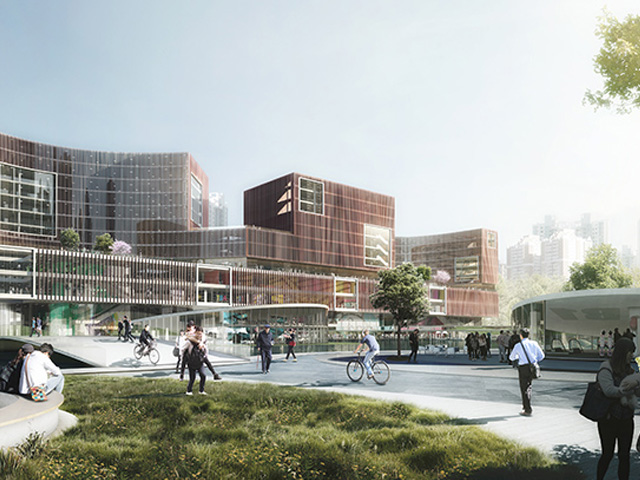 Schmidt Hammer Lassen has won an international competition to design a vast cultural complex for the Chinese city of Shanghai. Known as the ‘West Shanghai Workers’ Cultural Palace’, the destination has been popular with the city’s labor union workers and local community since the 1950s. The proposal will provide multiple cultural facilities including a theater, a cinema, various art and exhibition spaces, as well as offices, sports facilities, commercial space, and a major transport hub — all set within a new eight hectare public park. 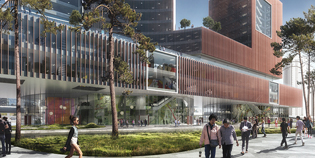 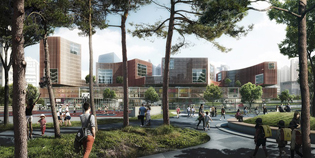 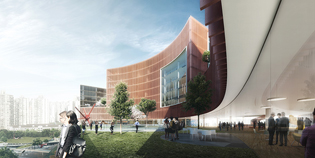 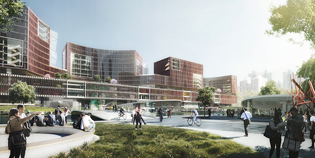 Built in 1959, the original complex served the local community for more than five decades. However, in recent years the palace could no longer cater for the growing urban population. The scheme expands the site’s existing park into an inviting 6 hectare public space organised around a centrally positioned lake. Four multi-functional towers are placed along the lakeside, sitting on an interlinked plinth of cultural functions.

Lower level programs include a performance theater, a training and education center, and art and exhibition spaces — all designed as open and transparent volumes. The general public will have access to these facilities from both the park and the adjacent street. The towers will provide room for multi-functional cultural activities and house commercial offices. The building is connected at basement levels, with transport links provided to two new subway stations. Outdoor sports functions are spread around the park, creating a diverse and active urban space.

‘This project is all about people,’ explains Chris Hardie, partner at Schmidt Hammer Lassen. ‘At the beginning of the project we spent a lot of time on the existing site observing how the community and public used the park spaces around the lake. It became obvious how loved this amenity within the heart of the city was. At the same time we realised there wasn’t another large scale park in the area – the nearest being 5 kilometers away. From this point onwards our focus became how to maximise the amount of open public park from 1 hectare to around 6 hectares on an overall 8 hectare site – while creating a new cultural destination of over 80,000 square meters. Our proposal deals with this while proposing a series of covered and open spaces at street and park level.‘