The competition for the Parco del Ponte in Genoa, Italy, has been won by Stefano Boeri Architetti with its winning proposal The Polcevera Park and The Red Circle. The plan features a system of parks and infrastructures for sustainable mobility that aim to change the perception of the Polcevera Valley following the Genoa bridge collapse in 2018. 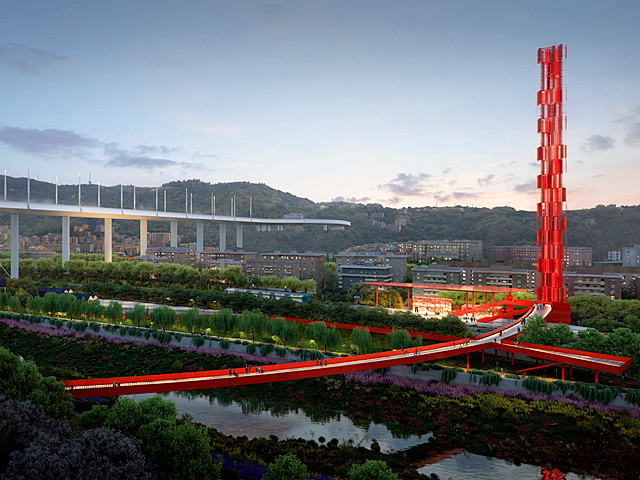 The project will act as a catalyst for sustainable regeneration. The Red Circle is a steel structure that winds through the valley, bringing the two sides together. This structure can be used as a walkway, a cycle path, a public square, a building corridor or an underground path.

The project includes a Wind Tower, which will generate renewable energy. 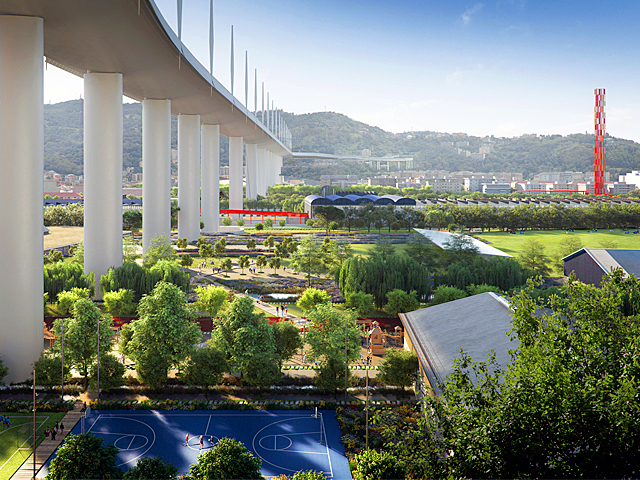 The Red Circle symbolises the typical local sight of blast furnaces and cranes and is located alongside the river where the bridge collapse occurred in 2018. It embraces each side of the valley without separating them from their context. Renewable energy generated by the solar collectors, the Wind Tower and the piezoelectric flooring is distributed throughout the structure. 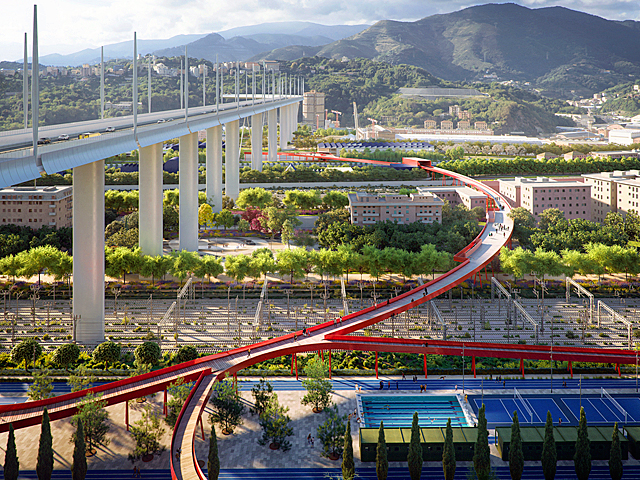 “Rebuilding from an architectural, urban and social point of view, the rebirth called for a project that first and foremost would be a hymn to life,” states Andrea Boschetti, founding partner of Milan-based Metrogramma. “The goal is to rebuild a cohesive urban system that is socially active, innovative so as to revitalise not just the area but also the neighbouring ones by turning it into an attraction.” 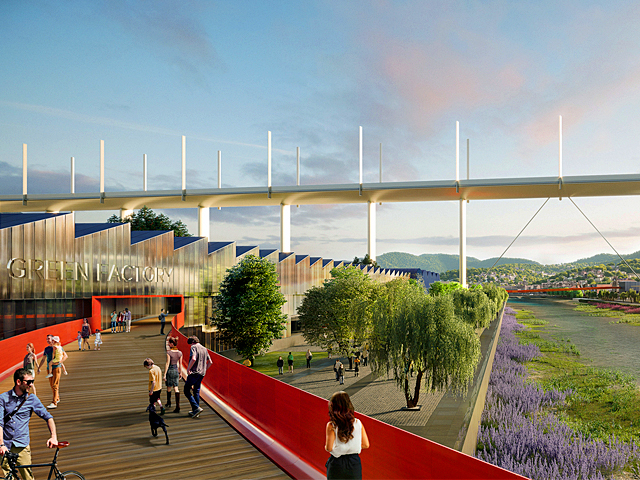 The Polcevera Park will feature a variety of plants and trees that are typical of the Mediterranean basin, creating a cultural wonderland of flora that will attract locals and tourists. The park will also host an art installation called Genova in the Wood, which will feature 43 trees designed by artist Luca Vitone, dedicated to the memory of the victims of the tragedy. A new centre dubbed World Buildings will be built through an open participatory process and will be the home of productivity and innovation hubs, like the BIC buildings in the Green Factory area, the New Forts and the ex Mercato Ovaivicolo. 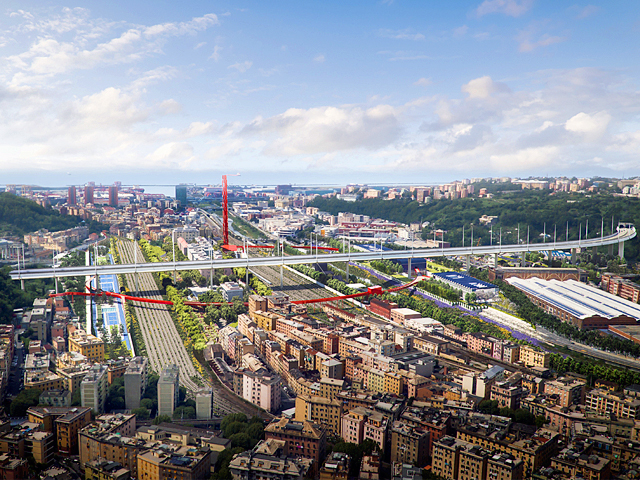 “The Red Circle, the Tower, the World Buildings and the Polcevera Park with its vital chromatic and botanical variety will act as Genoa's welcome to the passers-by of the future,” says Stefano Boeri. “It will be a welcome to the world that crosses it and reaches Genoa from a network of infrastructure that stretches from east to west connecting Italy to Europe. It reflects the city’s tragic history and beauty; a city of steel and sea, sculpted by wind and tragedy, but always able to stand tall.”