We know green roofs are great for the environment, but a recent study has also proven that seeing green boosts concentration. 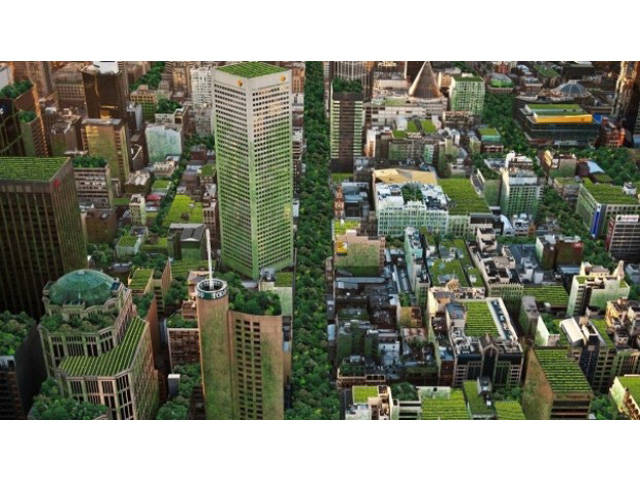 Struggling with Mondayitis? Take a look out the window. That is the latest advice from Melbourne scientists. Simple, yes. But there's a catch. A momentary glance out the window will only help if you see green. 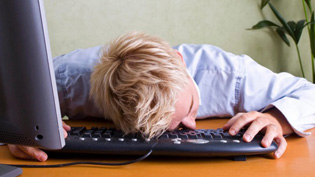 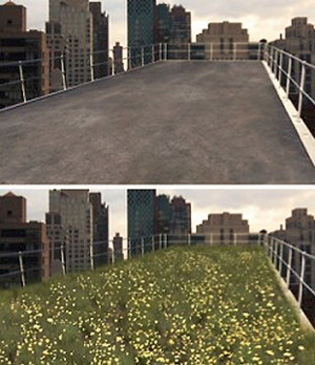 Glancing at a green roof for only 40 seconds markedly boosts concentration, new research from the University of Melbourne shows.

In a study led by Dr Kate Lee, 150 university students were given a boring, attention-sapping task, which involved pressing a key as a series of numbers repeatedly flashed on a computer screen. The students were told not to press the key when the number three appeared on the screen. They were given a 40-second break midway through the task to view a city rooftop scene. Half the group viewed a green roof, while the others looked out onto a bare concrete roof.

After the break, students who glanced at the greener vista made significantly fewer errors and demonstrated superior concentration, compared to those who viewed the concrete roof.

The green roof provided a restorative experience that boosted those mental resources that control attention, the researchers concluded.

Dr Lee said just a moment of looking at a green space could provide a boost for tired workers.

"We know that green roofs are great for the environment, but now we can say that they boost attention too. Imagine the impact that has for thousands of employees working in nearby offices," she said.

"This study showed us that looking at an image of nature for less than a minute was all it took to help people perform better on our task."

It is estimated there are about 50 green rooftops across Melbourne, and Melbourne City Council is currently mapping them.

The research focused on micro-breaks, those short and informal breaks, which happen spontaneously throughout the day.

"It's really important to have micro-breaks. It's something that a lot of us do naturally when we're stressed or mentally fatigued," Dr Lee said.

"There's a reason you look out the window and seek nature, it can help you concentrate on your work and to maintain performance across the workday.

"Certainly this study has implications for workplace wellbeing and adds extra impetus to continue greening our cities. City planners around the world are switching on to these benefits of green roofs and we hope the future of our cities will be a very green one."

Melbourne's Eureka Tower is thought to be home to the tallest rooftop garden in the world, where two little plants, strapped to a rusty pipe, endure winds of up to 200km/h.

It is hoped hundreds of the hardy Tillandsia flowering plants, natives of South America, will eventually be installed on the Melbourne landmark.

Melbourne is slowly catching up with the green roof trend, already popular in New York, Singapore and Shanghai.

The effort to make the city greener with sky-high private parklands was boosted with the release of the Victorian Growing Green Guide in 2013.

The guide - a joint initiative of the University of Melbourne, the cities of Melbourne, Port Phillip, Yarra and Stonnington and the state government - is Australia's first comprehensive text outlining how to create vegetated roofs, walls and facades.

It gives advice on planning, design, planting selection, construction and maintenance and details how green infrastructure can mitigate the effects of both climate change and the increasing urbanisation of our landscapes.

The next research project Dr Lee and her team plan to undertake will test whether having a greener workplace makes people more helpful and creative.