The historic Taylor Square substation could be transformed into a café, shop or art gallery, under a City of Sydney program to reactivate the landmark building. 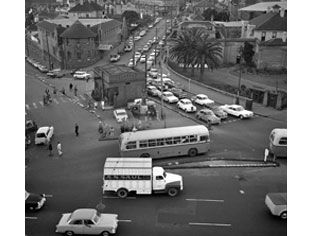 The historic Taylor Square substation could be transformed into a café, shop or art gallery, under a City of Sydney program to reactivate the landmark building. 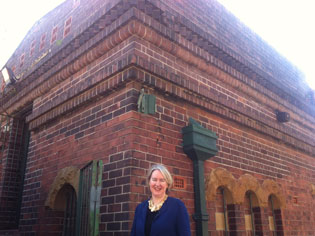 The City is currently drafting plans to find suitable tenants for the heritage-listed Substation No. 6, dormant since being decommissioned in 1993, located on the northern side of Taylor Square.

City of Sydney Executive Manager of Culture, Rachel Healy, said the success of the Oxford Street creative and cultural space program had shown how emerging organisations could successfully work with the City to reactivate underutilised spaces.

"Here is a great opportunity for artists, chefs or retailers to join the creative buzz on Oxford Street in one of the area's landmark buildings," Ms Healy said.

"This could involve putting an art gallery or work space in the underground level, while having a café or shop on street level to attract passers-by."

The Edwardian Civic Substation No. 6 was designed by Robert Hargreave Brodrick in the Federation Free style and is now a Taylor Square landmark.

Its first incarnation was as a public urinal in 1883 and two years later a steel structure was erected to hold a large tank on its roof, which contained saltwater for use by street-cleaners.

It was redesigned in 1904 to accommodate the substation.

The NSW Heritage-listed brick structure is one of the most intact of the historic electric substations in NSW, which first brought electricity to public streets.

In the 1930s, when Taylor Square was a popular tram stop, the southern end of the substation was refurbished to incorporate the first 'women's conveniences' for the square - 55 years after male urinals were first introduced.

In recent years the substation has played host to art installations and events including Cycle-in Cinema, Rekindling Venus by Lynette Wallworth and Camp Stonewall by Annie Kennedy.