The Parramatta City Riverfront Urban Renewal Strategy has been approved, with work to revitalise the region expected to begin immediately. 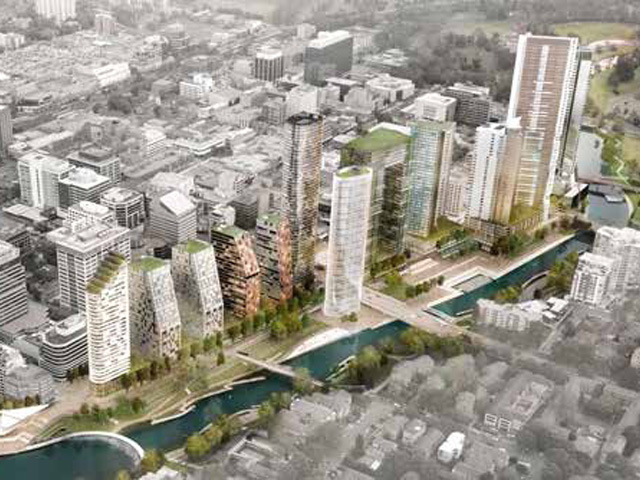 The urban design strategy prepared over the past twelve months in consultation with the community outlines an urban renewal plan for $194 million of riverfront public space and facilities together with over a billion dollars of mixed use development to reunite the city with the river.

The strategy is underpinned by a public place led delivery approach that will create active high quality public attractions along the river to encourage investment. The

1.5km, 30 hectare river corridor is protected as an environmental asset that facilitates urban renewal through establishment of a vibrant urban park setting for residents, workers and visitors.

Accommodating up to 10,000 people, the sun filled River Square contains Australia’s first ‘Water Square’ - a multi-functional public space that can be used for hosting events such as New Year’s Eve, children’s play, art events and swimming. An urban beach is located nearby for cooling off in summer.

Adrian McGregor, the Project’s Design Director of McGregor Coxall said: “The project seeks to deliver the riverfront vitality of ‘The Bund’ in Shanghai mixed with the urban ambience of ‘Hafencity’ in Hamburg.

After creating the masterplan for Green Square Town Centre in Sydney City, I wanted to make a world class riverfront for the people of Western Sydney.”

He welcomed the approval by councillors: “It is a place where Parramatta can celebrate with pride.”

The strategy has been approved with a delivery and implementation plan so that work can begin immediately.