As Rwanda undergoes a renaissance in architectural development, Goosman architectural firm unveils a new arts and cultural centre with an African flavour. 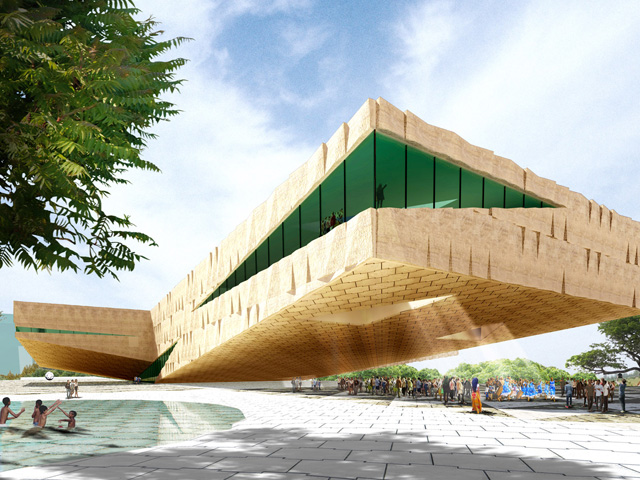 An arts and cultural centre with two huge cantilevered wings has been unveiled by Dutch architectural firm Groosman as the latest in a string of architectural developments in Kigali, Rwanda. 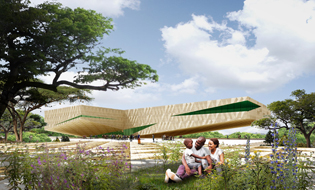 The Rotterdam-based studio worked with with engineers Geelhoed Group on the design of Kigali Art & Culture Centre, which will be situated on the outskirts of Rwanda's hilly capital. The cross-shaped block will be decorated with traditional geometric African patterns and will feature two cantilevered sections that overhang an elevated plaza.

Two further buildings – a hotel and office complex, and a housing block – will sit on the plaza, while a subterranean shopping centre will sit below.

The Kigali Art & Culture Centre is one of several architectural projects that make up a new masterplan for the city.

The country is frequently described as a "land of 1,000 hills" and the centre will sit at the intersection of the city and its surrounding wetlands and mountains.

"Our design concept for Kigali Art & Culture Centre is inspired by African art, crafts and culture," said Groosman. "Very typical of this African identity is the use of patterns. These form the basis for our design."

Like the facade of the cultural centre, the raised public square will be covered in symbolic patterns and divided up by a grid with sections measuring 50 by 50 metres, each with its own programme.

"This grid is the urban grid on which the buildings are situated," explained the studio. "Each part of the grid has its own function; water [swimming pool], entertainment, playground, outdoor theatre, events area, park, stairs."

Two of the cultural centre's four wings will overhang the plaza, which is to have a car park situated alongside the shopping centre below its surface. The large cantilevered volumes will offer relief from the sun and rain, and views of the surrounding landscape for those inside.

"The cultural centre is designed so that it does not hinder in the public space" explained the architects.

"The cantilevered portions leave the building space for cultural activities in the square and offers protection against the tropical climate," they added.