A design for the London HS2 railway network could revolutionise the public space with the inclusion of an underground swimming pool, museum and concert hall, according to the ambitious design. 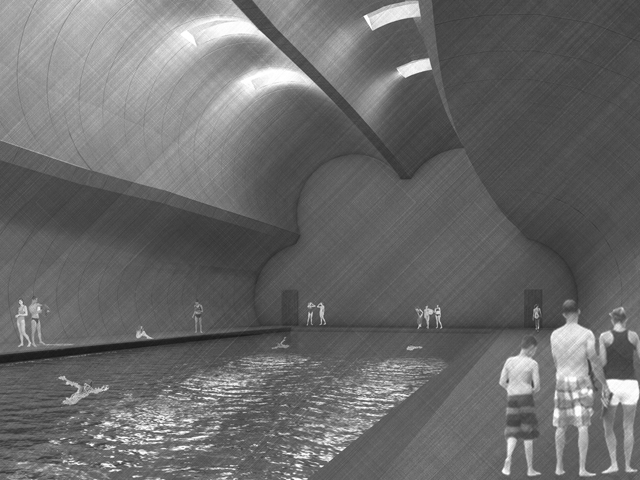 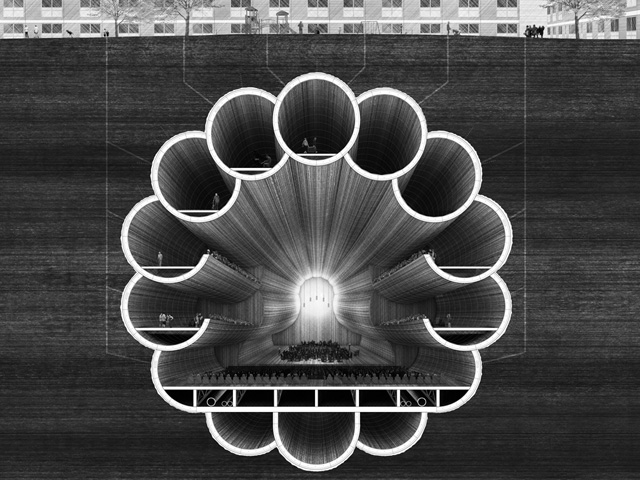 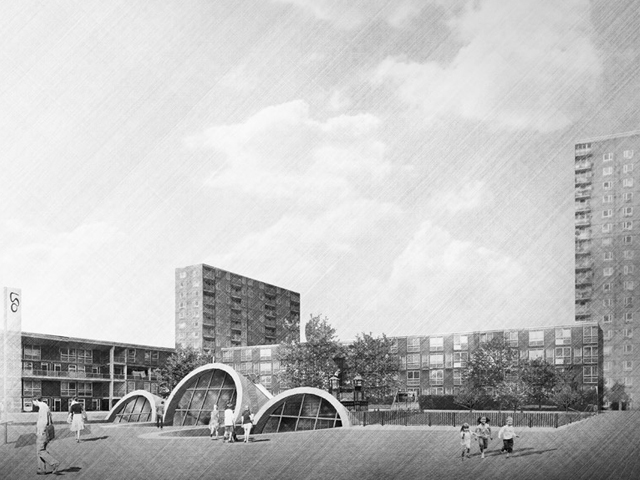 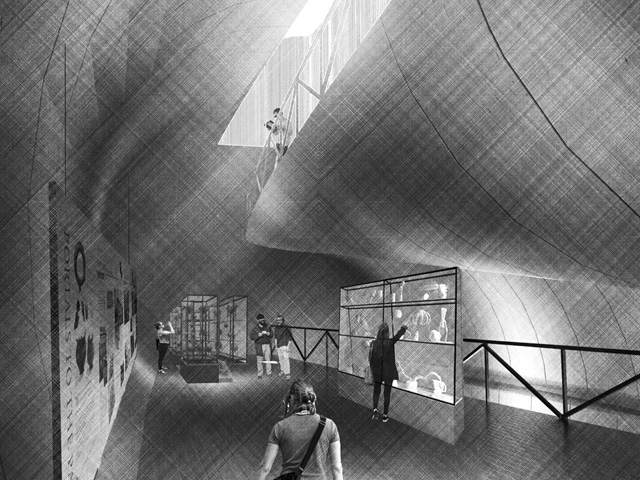 The project, entitled The 18th Mile of HS2, imagines a "fantastical world" of concrete-lined tunnels that host a series of cultural facilities alongside the transport network.

"This new fraction will become a sequence of subterranean cultural spaces – cultural infrastructure – accommodating swimming pools, an archaeological museum and climaxing in a new home for the London Symphony Orchestra," he added.

Scannell developed the proposal for the Masters Programme in architecture at the Royal College of Art.

Renderings show three separate spaces beneath Regent's Park Estate, a 1950s housing complex in the north of the city. Spaces formed of intersecting cylindrical voids, created with a tunnel boring machine, create a concert venue for the London Symphony Orchestra, a public swimming pool and a vertically arranged archaeological museum.

Circular windows are shown tilted above ground level, flooding the foyer of the orchestral venue with light, while skylights in the barrel-vaulted ceiling illuminate the pool.

The plans offer a more optimistic future for the Regent's Park Estate, which is threatened with partial demolition by the construction of HS2 next year.

"Beyond a formal experimentation, the project is proposing an alternative way of thinking about the provision of cultural amenity in London to completely reimagine the potential of the subterranean as a new frontier for the cities growth," said Scannell.

The 18th Mile of HS2 is on display as part of ShowRCA.