PUT A RING ON IT


The winning design for the ambitious new Parramatta Aquatic Centre has finally been revealed after over a year of secrecy. The concept features a ring-shaped design that encompasses both the central pool and a range of facilities, providing a recreational public space for people of all ages to have fun and socialise throughout every season. 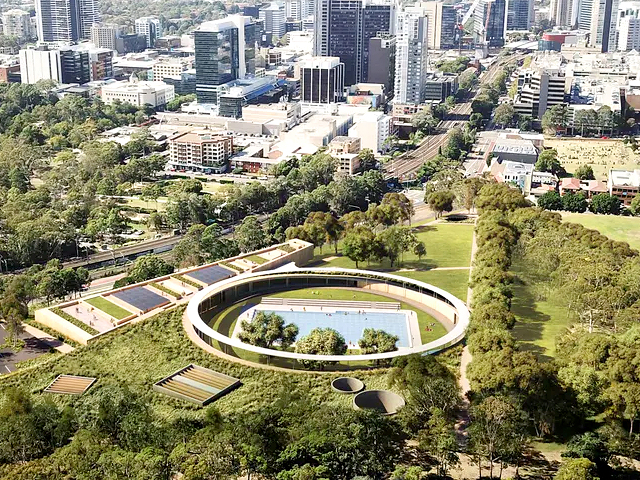 The winning design was chosen by the NSW Government and Parramatta City Council from a shortlist of four designs that were submitted in an International Design Excellence competition in June 2018. The award was given to the design proposed by Grimshaw, Andrew Burges Architects and McGregor Coxall but due to a funding dispute between Council and the government, the design has been kept in secrecy until now.

The new aquatic centre will be located in Parramatta Park at the Mays Hill Precinct, close to the World Heritage-listed Old Government House and Domain.

The heritage importance of the site and the geography of the park posed complications for the construction of the centre. The winning design “minimises the impact of [the building] within that park setting and at the same time, give it a clear and singular identity,” explained architect Andrew Burges.

The centre will feature a 10-lane 50-metre outdoor pool, a 25-metre indoor pool, learn-to-swim facilities, a cafe, and fitness and parking facilities.

The winning design features a wide ring that encloses the outdoor pool, doubling as a fence. “Obviously a pool has to have a substantial fence,” Burges said, “but rather than having a fence around the pool, we thought that the circular ring turned a concept of the enclosure into an element that we could also program as circulation, shade and something that is very multifunctional.” 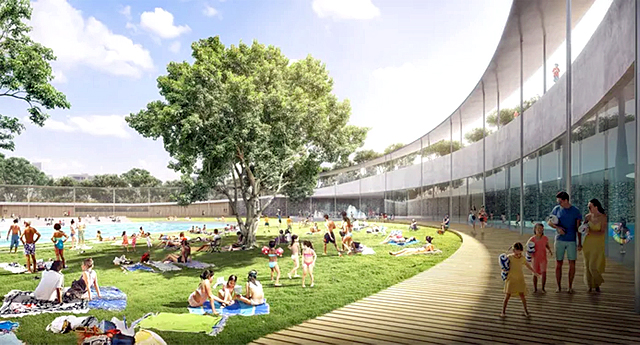 The ‘ring’ element is one of three that features in the conceptual design. The other two elements are a carved landscape with the pool to be set below ground and an adjacent gymnasium building, which will act as a shield from the road and railway.

“The secondary thing we are doing is to use the park as an inspiration that would change the language of aquatic centres, which often have a very specific character of white steel architecture,” Burges said. “We are developing a material palette that’s much more landscape and park-like as a point of difference from the typical aquatic centre.”

The project will provide an important recreational facility to an under-resourced area of Parramatta.

“If you look at Parramatta as a whole, the southwest corner is the least tended to,” said Grimshaw managing partner, Sydney Andrew Cortese. “The pool has this idea of balancing the social impact of the development of Parramatta. It’s so important that community-based aquatic recreation informs part of the city’s cohesiveness and brings many people together.

“It’s very much a place of inclusivity and accessibility. It’s a secure environment but it’s also incredibly open and something to observe and look into. And that’s the kind of spirit that we were looking for.”

The aquatic centre will act as the replacement for the Parramatta Memorial Pool, which was demolished in 2017 to provide space for the Western Sydney Stadium. 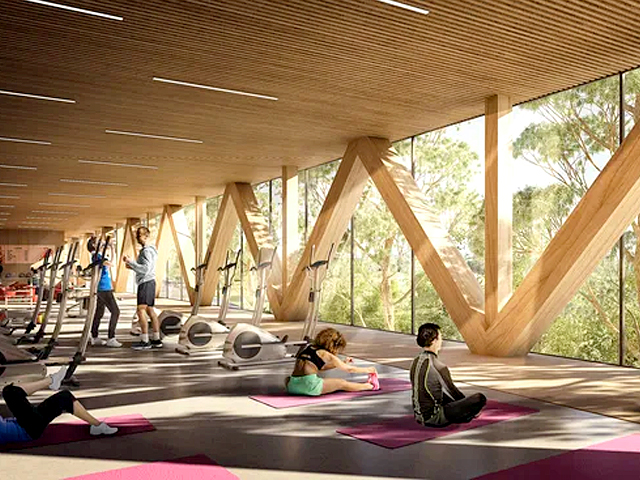 A development application for the new Parramatta Aquatic Centre is expected in 2020 and is expected to be completed in 2023.

Put a Ring on It
Universal Magazines