In 2011, the Australian Competition and Consumer Commission (ACCC) commenced work on a proposed safety standard for mandatory labelling of portable swimming pools. 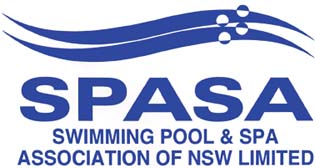 In 2011, the Australian Competition and Consumer Commission (ACCC) commenced work on a proposed safety standard for mandatory labelling of portable swimming pools.

A number of stakeholders (including SPASA NSW) made submissions on the draft labelling requirements and to the extent possible, those comments have been taken into account while preparing the draft safety standard.

The key changes from the first draft labelling requirements, now incorporated into the attached draft safety standard are:

• The scope of regulation has been re-defined (see section 5 of the draft safety standard).
• The proposed warning to be applied to the pool and its packaging is now prescribed to improve certainty so that suppliers know exactly what must be provided on the pool in order to comply.
• The form of warning has been amended to accommodate suggestions by stakeholders (e.g. to include reference to ‘active’ adult supervision’ and include that children should be kept ‘within arms’ reach’)
• A safety sign is to be included on the pool next to the warning to reinforce the warning. The safety sign is not required on the packaging. The inclusion of the safety sign was recommended by several stakeholders.
• The font size of the warning has been increased and there is additional clarity around the term ‘legible’.
• It is now proposed that the safety standard take effect from 30 March 2014 to provide suppliers the opportunity to sell existing stock.

Stakeholders are invited to make written submissions on the proposed safety standard by 29 October 2012.

All submissions should be sent to the ACCC by email to: productsafety.regulation@accc.gov.au

Alternatively, submissions can be mailed to: