Thanks to Emerdyn, a new shade structure together with a suite of outdoor furniture has enhanced the outdoor area of this TAFE campus in Sydney. 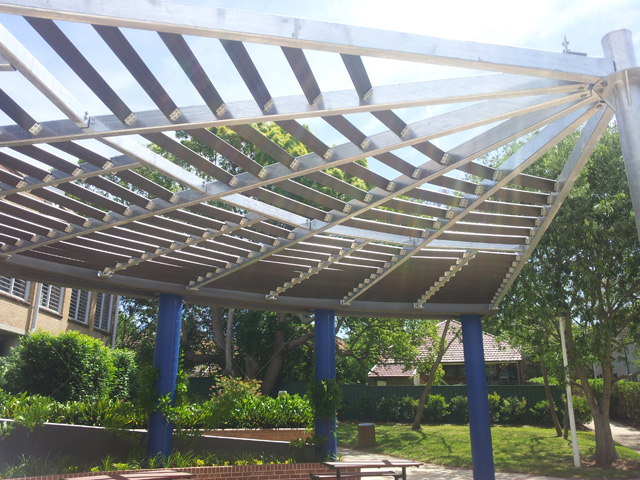 The Brief Australian urban and outdoor furniture manufacturer, Emerdyn was engaged by the Northern Sydney Institute (part of TAFE NSW) to design and construct a shade structure at the Crows Nest campus, over the student amenity area adjacent to the campus cafeteria. 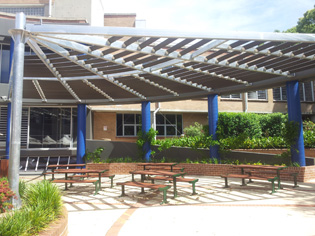 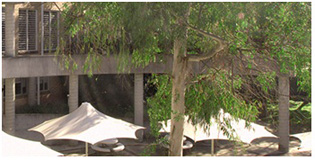 According to Emerdyn’s CEO Mr. Laurie Debono, “This structure was required to reflect the curved ‘flow’ of the existing courtyard and utilise the existing building, including six concrete columns that were considered unsightly.”

Two existing shade cloth structures were also to be removed as part of this process. Other considerations were to minimise ongoing maintenance and allow for climbing flora to be planted on completion of the structure.

It was also preferred that recycled materials be included where possible.

The Structure It was structurally engineered with a central 218mm diameter steel column and six main support beams located on this and spanning to the existing concrete structure of the campus building.

This was further supported by 10 intermediate support beams. All steel components were hot dip galvanised to protect against corrosion.

Incorporated into the structure were 150 angled slats to allow natural light while also providing shade during the peak temperature parts of the day.

Originally these slats were specified as oiled hardwood (either recycled or new), however, after consideration the decision was taken to use wood plastic composite (WPC) materials – with Cosset Industries chosen as preferred supplier by Emerdyn.

The benefits of Cosset WPCs include:

The Finished ProductManagement at the Institute is delighted with the outcome.

The structure has now been enhanced with a new brick planter to allow climbing plants to cascade over the structure.

Emerdyn also supplied a suite of their outdoor furniture to complete the overall ambience and usefulness of this amenity. 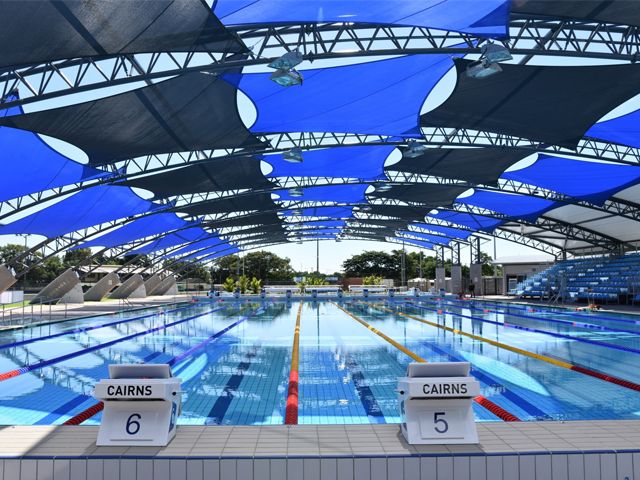 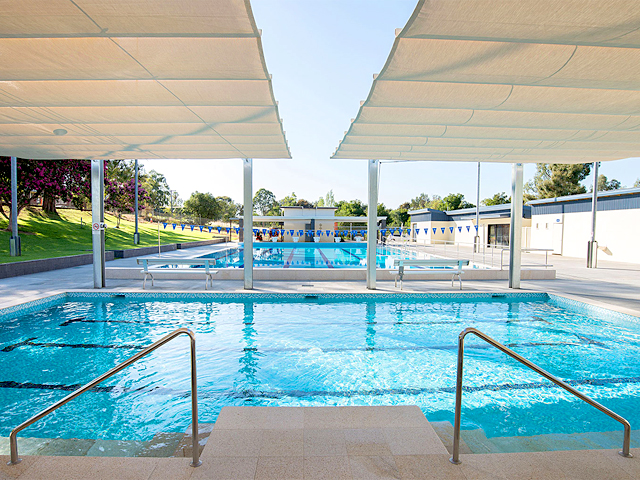 FUN IN THE SUN AND SHADE 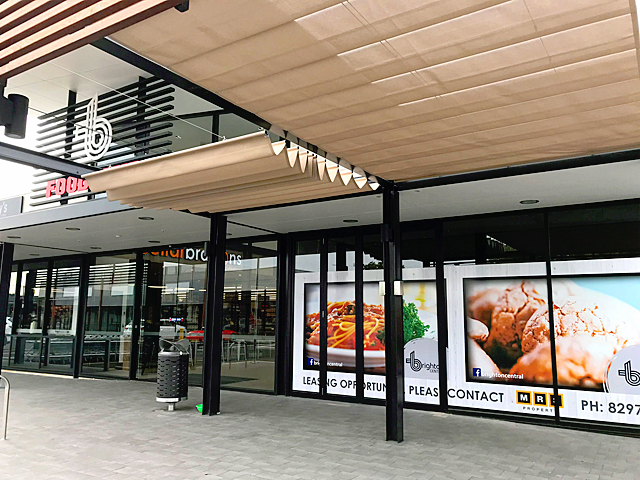 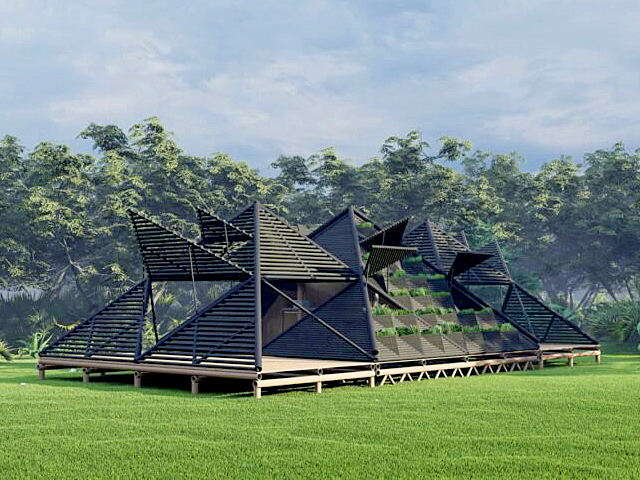 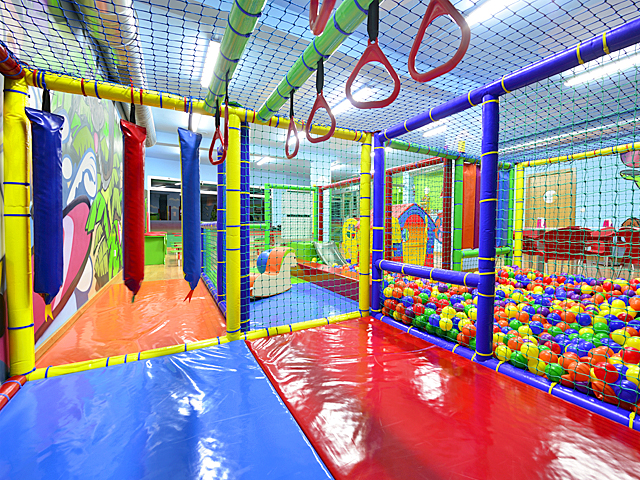 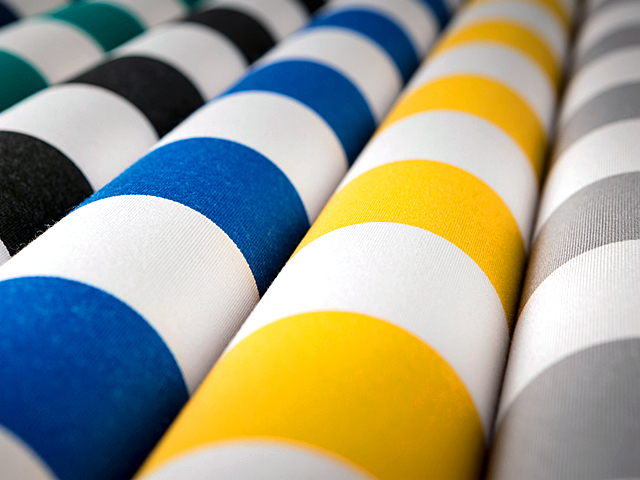 WHY IS CHOOSING HIGH-QUALITY FABRIC IMPORTANT?