PARIS REACHES FOR THE TREES


In a bid to address climate change concerns, Paris has unveiled plans for an urban forest planting scheme that will see thousands of trees and gardens established alongside four of the capital’s historic landmarks. 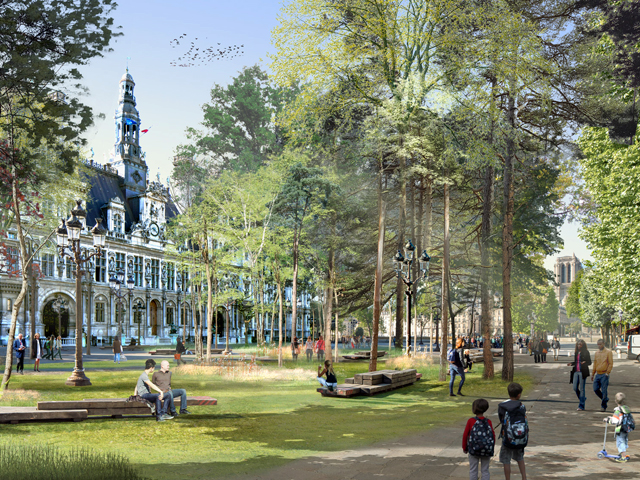 Mayor of Paris Anne Hidalgo has announced an "urban forest" planting scheme for the Place de l'Hotel de Ville, the Gare de Lyon, the Palais Garnier and a footpath along the banks of the River Seine.

"I am convinced that Paris must adapt to changing temperatures," Hidalgo said. "The Intergovernmental Panel on Climate Change forecasts heatwaves at 50 degrees Celsius by 2050. We have an obligation to act today." 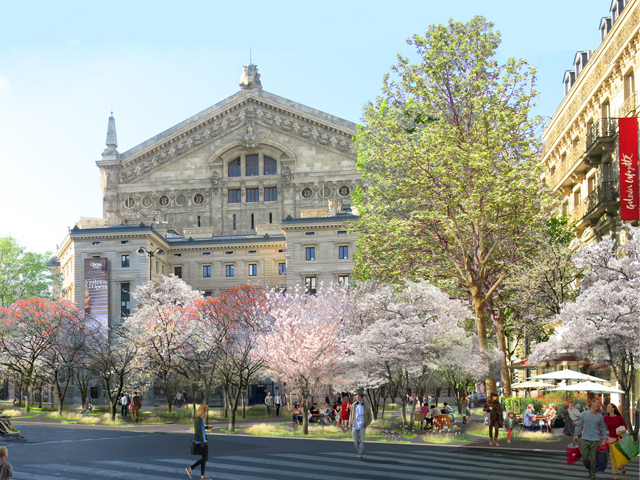 This planting scheme is part of a wider goal to make 50 per cent of the city's surfaces vegetated and permeable. It is also a part of Paris' aim to be a carbon-neutral city by 2050.

A small urban forest will be planted on the north side of the Gare de Lyon, one of the main rail stations in Paris. 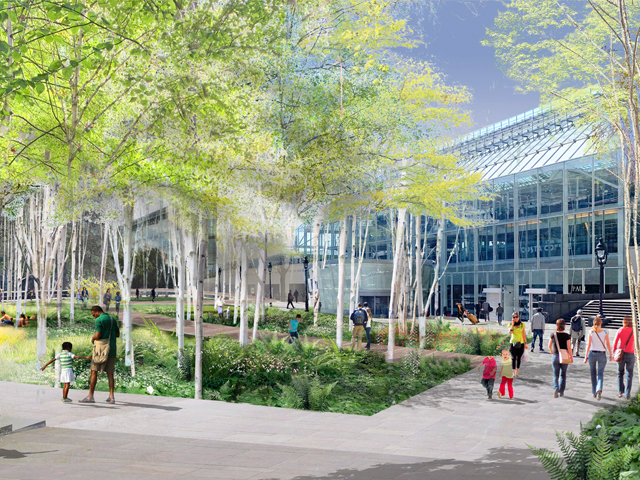 Trees will also be planted behind the Palais Garnier, Paris' 19th-century opera house, and on both sides of the forecourt of the Place de l'Hotel de Ville, its city hall.

The mayor said that care would be taken not to block the view of these famous pieces of architecture. Following conversations with UNESCO, which has deemed the Banks of the Seine a world heritage site, Hidalgo said the city would plant grassy gardens next to the river pathways rather than trees. 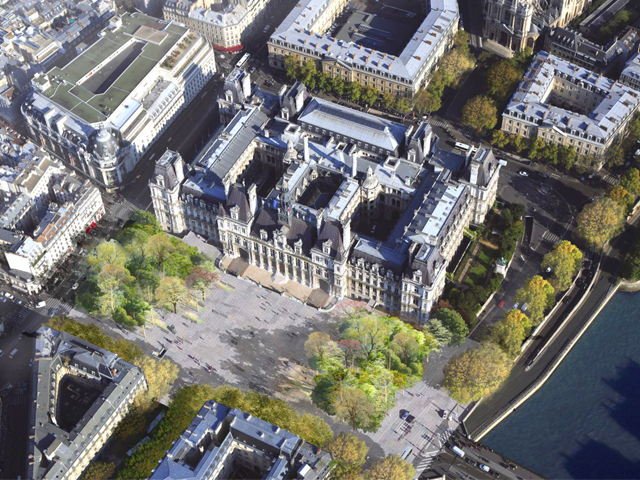 Aside from the four landmark sites, there are plans to plant greenery in 28 children's playgrounds across the city, as well as other sites.

Via Dezeen | Imagery is by APUR / Céline Orsingher 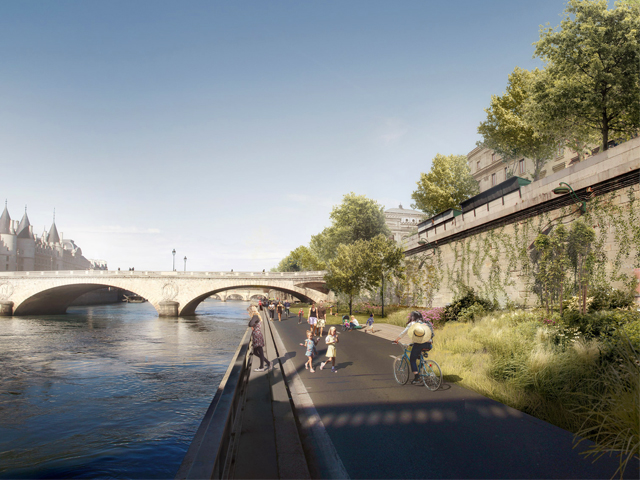