OVER 100 YEARS IN THE MAKING


The Gaudi-designed church Sagrada Familia, one of Barcelona’s most visited tourist attractions, has been granted its first building permit, allowing the infamous site to finally be completed. 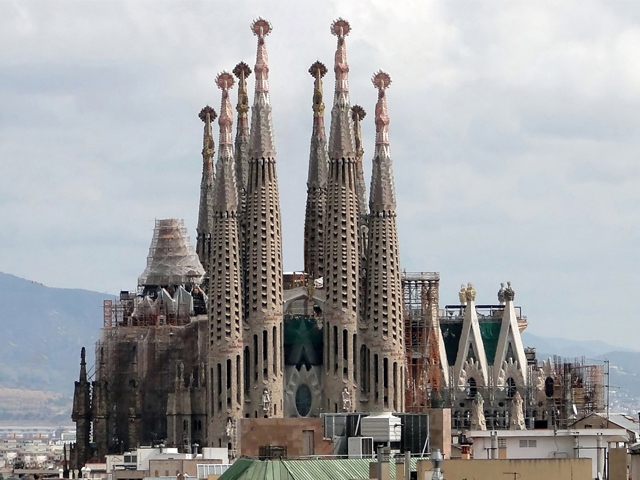 Barcelona's City Authority has granted the Antoni Gaudí-designed Sagrada Familia, which has been under construction since 1882, its first building permit.

The UNESCO world heritage site now has an official permit from the local council that will allow the building to be completed.

The announcement was made by Janet Sanz, Barcelona's deputy mayor for ecology, urbanism and mobility, who tweeted an image showing her signing the permit.

Sanz stated that the Sagrada Familia would be paying €4.6 million (£4.1 million) to the city for the permit, on top of the €36 million (£31 million) it has already agreed to pay for the expenses generated by years of building work. "We are a brave government that does not allow privileges," she wrote.

The construction permit granted to the Roman Catholic Church will last until 2026, with the builders aiming to complete the basilica within this time period.

Although the Sagrada Familia is in its last stage of construction, at present the basilica is only around 70 percent complete, with eight of its proposed 18 spires built. Once the final 170-metre-high central spire is built, it will be the tallest church in the world, rising almost 10 metres above Ulm Minster in Germany.

Sagrada Familia has had a long and complex construction history. Originally began in 1882, the design was altered dramatically when Gaudí took over the project following the original architect's resignation from the project in 1883.

Gaudí worked on the project up until his death – he was hit by a tram outside the construction site in 1926. It is estimated that the building was around 20 percent complete at that time. The current plan is to complete the building in time to celebrate the centenary of the architect's death.

Following Gaudí's death, construction was halted by the civil war, when the majority of the architect's original plans were lost. The current design is based on reconstructed plans and models.

Sagrada Familia was consecrated in 2010 and can now be used for religious services, as well as being one of Barcelona's most visited tourist attractions. The construction is being funded by the admission fees paid by these visitors.

Over 100 Years in the Making
Universal Magazines