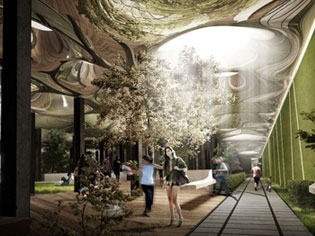 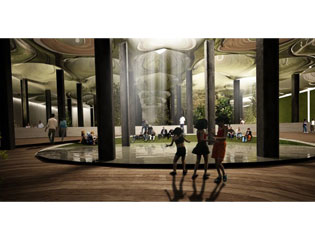 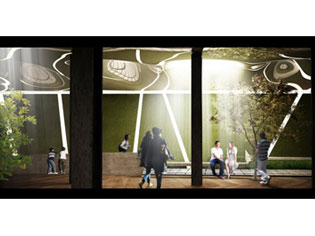 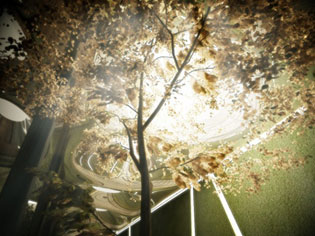 Conceived by architect James Ramsey, VP of the PopTech social innovation network Dan Barasch and money manager R. Boykin Curry IV, the Delancey Underground Project hopes to create New York's first subterranean green space beneath one of the city's least green zones - the Lower East Side - in an unused rail space that stretches over two acres and is nearly the size of Gramercy Park.

James Ramsey came up with the idea a few years back when he was talking with a MTA (Metropolitan Transportation Authority) engineer, who told him about several "lost" subway spaces in New York.

"It got me thinking about how we might actually occupy them again as public spaces," said Ramsey. "The simplest solution to making them spaces someone might actually want to be in was to introduce natural light, which made for a natural pairing with the technology."

This system would use a network of fibre-optic cables to channel natural sunlight underground, capturing the wavelengths vital for photosynthesis. The sunlight would be collected from a series of panels positioned above ground on Delancey Street.

It's hoped that this one-of-a-kind project will influence the way people think about infrastructure.

"It can be something beautiful," says Ramsey. "And of course, as proud New Yorkers, we want to help put NYC back at the forefront of innovation and technology by creating a landmark we can all get excited about!"

Currently the team are in discussions with the MTA and the local community boards about the proposed project.

(This article was taken from GizMag - www.gizmag.com)