In order to prepare for the potential of extreme produce shortage in the near future, researchers have come up with Neo Fruits, a collection of 3D-printed fruits that are filled with beneficial vitamins and minerals. 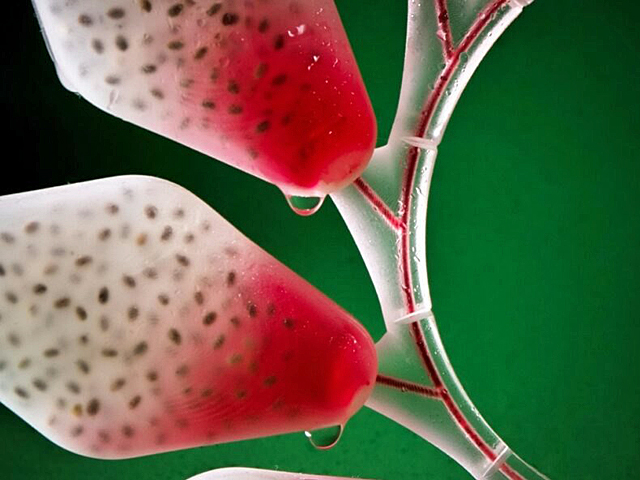 With global bee populations dwindling at an astonishing rate, there is a risk that produce supplies will be diminished at some point in the near future. A new generation of innovators, such as Bezalel Academy of Art & Design graduate Meydan Levy, are coming up with food alternatives to prepare for the worst-case scenario. Levy has designed Neo Fruits, a collection of artificial fruits made out of 3D-printed cellulose skins and filled with a healthy mix of vitamins and minerals.

According to Levy, the inspiration to design the artificial fruit stemmed from the need to explore new and feasible ways to feed the world’s burgeoning population. The idea was to create an appealing alternative that would serve two purposes: to create an ecological food-producing sector and to improve nutrition. 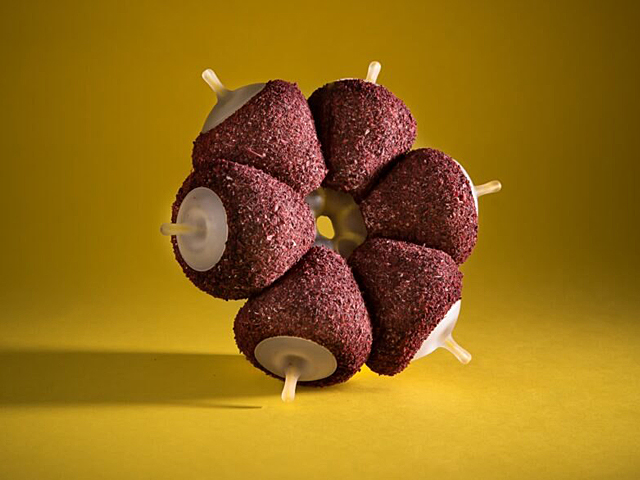 To kick off the experimental culinary project, Levy first worked with several nutritionists to develop blends of vitamins and minerals for each fruit concept. The resulting combinations are intended to fully meet the human body’s wide range of nutritional needs.

Once the nutritional impact of the fruit was conceived, the next step was creating the fruit itself. Using innovative, 3D printing techniques, Levy created the outer shell of the fruit from translucent cellulose, an organic compound that gives all plants their structures. The cellulose skins are printed in a flat, compressed form, but once the nutrient-rich liquids are added via built-in arteries, they take on a plump, fruit-like appearance. Levy explained that the process is actually quite sensible and sustainable, because when the dry fruit is flat, it is lightweight, meaning that it has a long shelf life and can be easily transported. 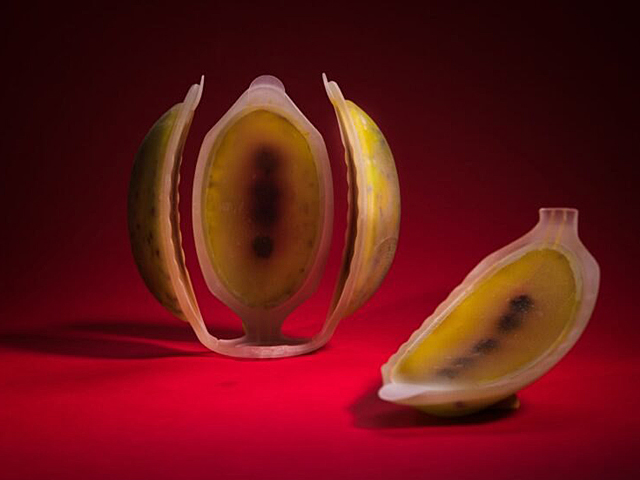 “Adding the liquids and activating the fourth dimension gives the fruit life because, from that moment, it can be eaten,” Levy explained. “The liquid becomes the biological clock of the fruit and gives it a certain life, meaning it will remain at its best for a limited but pre-planned time.”

Currently, Neo Fruit is comprised of five distinct fruits. One is made up of a series of small pods strung together like molecules. Much like an artichoke leaf, the eater has to open it up and scrape the contents out with their teeth. There is also a passion fruit-inspired option. Divided into three segments, this fruit’s interior pulp is held together by a colourful outer skeleton. Each fruit has a distinct taste depending on its contents. To create the unique flavours, Levy worked with several chefs that specialize in molecular cooking to create the fruits’ colours, textures and tastes. 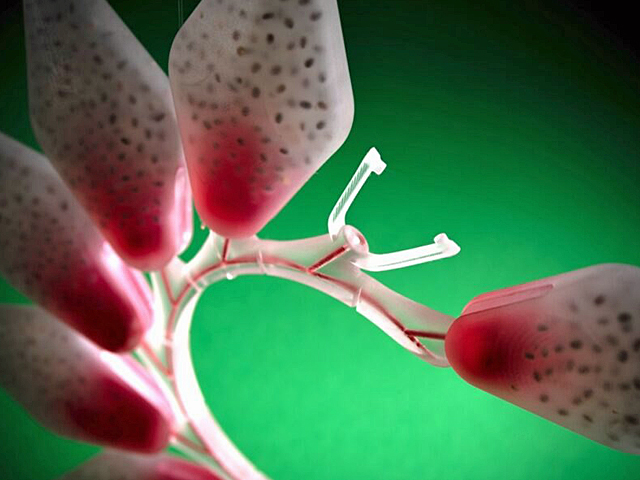 Via Inhabitat | Images via Meydan Levy

Not All Fruit Grows on Trees
Universal Magazines