As part of the ambitious revitalisation of Sydney’s prominent Circular Quay, a new public square, plaza and artwork will be constructed alongside Lendlease’s Sydney Place development at 180 George Street. The new precinct will be designed by international architect David Adjaye of Adjaye Associates and contemporary Aboriginal artist Daniel Boyd, and will act as an inclusive public building that activates the area. 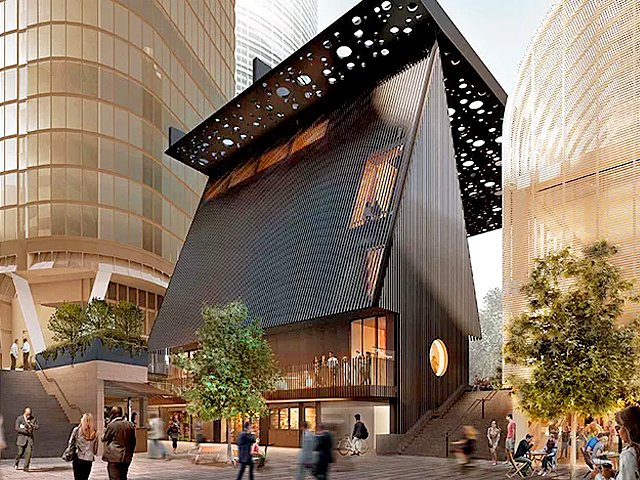 The plaza will connect to George Street and Pitt Street alongside a series of underground laneways that aim to streamline manoeuvrability for the area.

Lendlease initially proposed the development as part of the ambitious, billion-dollar plans to transform Circular Quay and George Street into Sydney’s main boulevard. Lord Major Clover Moore said that, when completed, the project would be “transferred to the city as a new public asset”.

A suspended artwork that recognises the Indigenous Australian community will sit 20 metres above ground. The artwork will be developed by Sydney-based artist Daniel Boyd, who draws on his Aboriginal heritage as a Kudjla/Gangalu man from North Queensland. 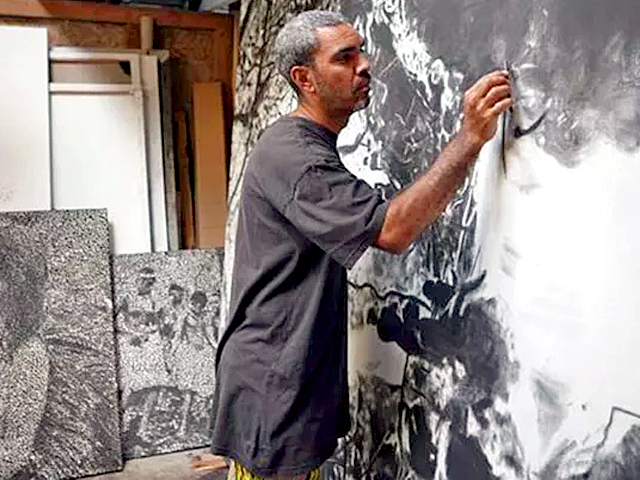 Renowned for his work on the exploration of Australian history and colonisation, Boyd first met Adjaye in Venice, Italy, at the 56th Venice Art Biennale in 2015. He later received a call from the architect, inviting him to participate in the project.

“The idea of a public plaza provided a great opportunity for David and I to work together on the concept of relationships,” said Boyd. “How we as individuals perceive our relationship to a particular place and how collectively those relationships play out in a space.”

The building will have a pitched roof that alludes to the houses of the early settlers in Sydney. Below the roof, the complex will hold an open plan café, and meeting and gallery spaces. 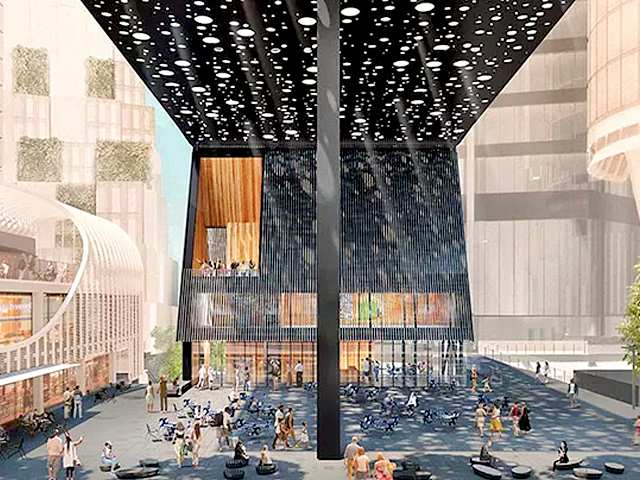 The precinct is scheduled to be opened to the public in 2022.