Design challenge for water fountains in London aims to put a dent in the 13 billion bottles of water sold each year in the UK. 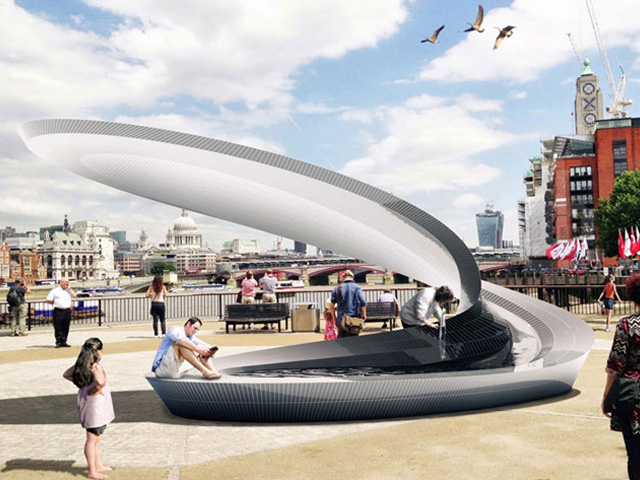 Six British architecture studios including Zaha Hadid Architects, Hopkins Architects and Studio Weave have come up with designs for water fountains for different sites across London as part of a kiosk design challenge to reduce the amount of environmental waste created by bottled water. 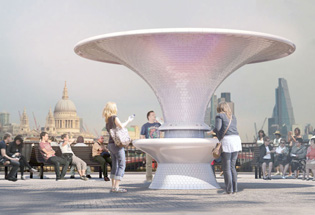 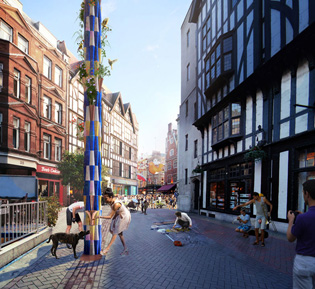 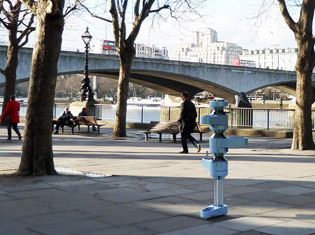 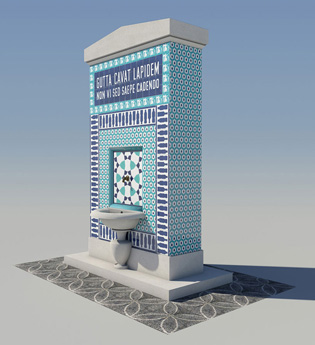 The six studios, which also included Eric Parry Architects, ADAM Architecture and Allford Hall Monaghan Morris (AHMM), were asked to design water dispensing structures for sites in Kensington, Soho and on the South Bank.
Each fountain incorporates contemporary Turkish ceramics, referencing the Ottoman-inspired marble kiosks that could be found across Turkey during the seventeenth century.

The fountain by Zaha Hadid Architects features a large cantilevered canopy that extends up from the water collection pool. "Traditional Ottoman fountain kiosks became meeting points, gathering places for a community to connect," said project architect Saffet Kaya Bekiroglu. "With large protective cantilevers, the fountains often include ceramic tiling and our proposal translates these characteristics to contemporary use within a design informed by the continuous loop of the water cycle."

Eric Parry Architects proposes a structure that can also host a news stand or drinks vendor, while Hopkins Architects has designed a structure that curves over to form a shelter. "Our kiosk aims to make the dispensing of water a celebrated urban event which will draw people together and add drama to the public realm in London," said Ken Hood of Hopkins.

The design by AHMM is for a dispenser that would source free water from the mains beneath the ground and the fountain by ADAM Architecture is conceived as a mural of patterned tiles.

The hope is that the fountains will not only stand as landmarks across the city and give people a place to meet, but also put a dent in the 13 billion bottles of water sold each year in the UK.

All six designs will be on show at the Building Centre in London from February 21 to March 14. The project was organised by the Architects' Journal in partnership with Turkishceramics.