UK architect George King has used ultra-violet wool thread to produce an installation that appears to be formed by laser beams within an old train underpass in Detroit, USA. 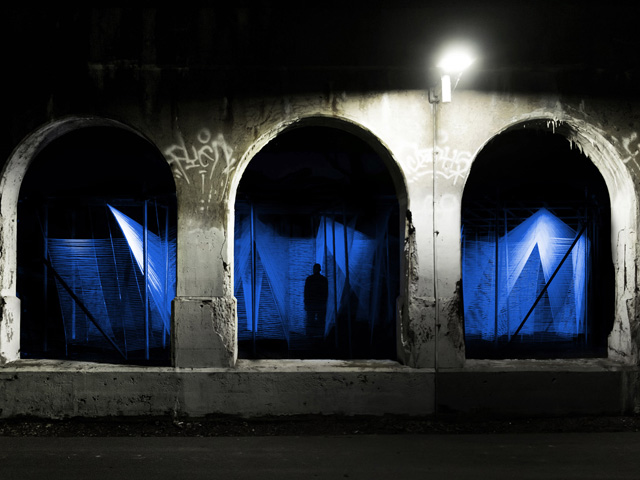 Called Lasermaze, the installation consists of ultra-violet (UV) string woven through steel chains. The chains are affixed to a square, steel frame that measures 6.7m by 6.7m. 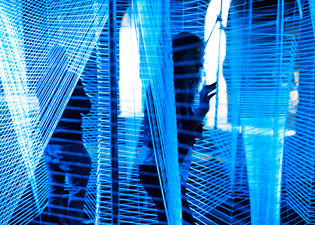 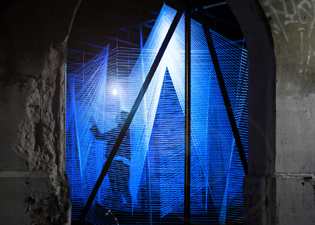 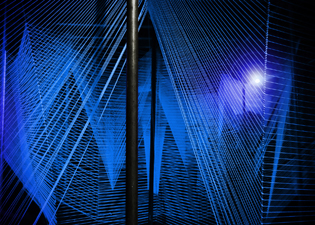 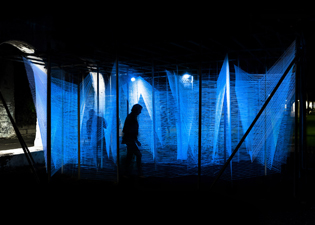 "These materials have been selected due to their contrasting properties," the firm said. "The robust, rough steel scaffolding frame represents Detroit's past while the lightweight, glowing thread represents its future."

More than five kilometres of thread – and 3000 hand-tied knots – were used to create the labyrinthine structure, which features angled walls formed by the string.

Two sets of UV LED floodlights on opposing corners illuminate the space. The UV light interacts with the dye in the wool thread in a way that causes it to glow.

"Lasermaze's playful structure invites visitors to get lost within a unique surreal space as they journey toward the centre," said the firm. "The complex geometry of the form combined with the ethereal, semi-transparent nature of the walls adds to the challenge of this spatial puzzle."

The installation was inserted into an underpass along Dequindre Cut, a linear park and pedestrian path that was built on the site of a former rail line that was decommissioned in the 1980s.

The conversion of the rail line was initiated in 2003, and a  two kilometre section of the Dequindre Cut opened in 2009. Graffiti that had been painted on concrete bridge abutments over the years was preserved.

The park provides a pedestrian link between the city's riverfront, various residential neighbourhoods, and the Eastern Market. Dating to the 1890s, the Eastern Market is one of the largest historic public markets in the US.

"Lasermaze's arrival on the Dequindre Cut forms part of a larger regeneration effort for the area, which includes street art, greenways and walking paths that link Detroit's riverfront with the bustling Eastern Market district," said the architect.

Lasermaze is on view until mid November. It was conceived as part of Detroit Design Festival, which runs from 26 September to 10 October. 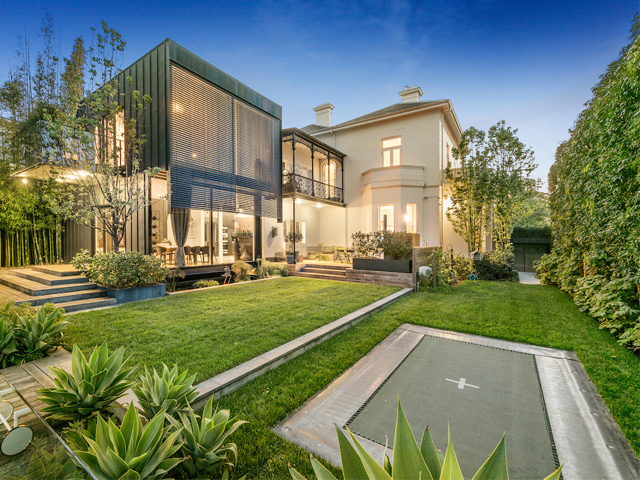 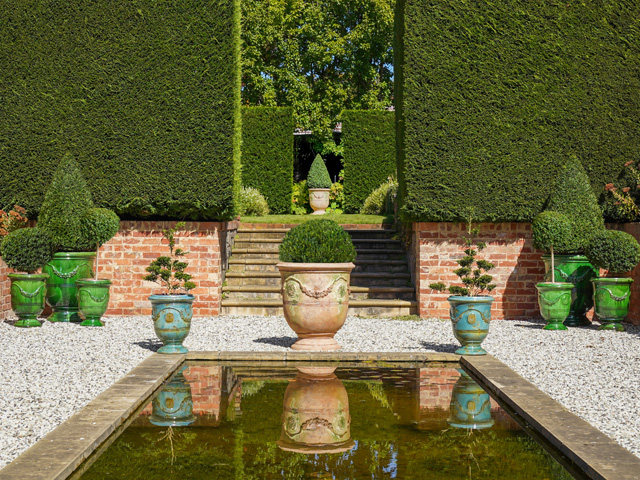