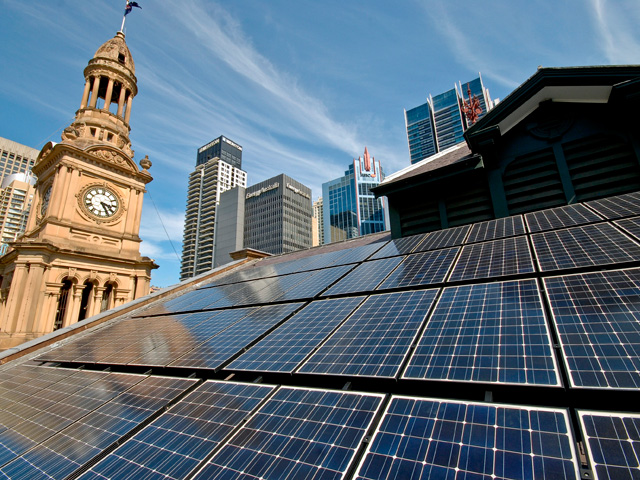 The City of Sydney’s Renewable Energy Master Plan has won the prestigious European Solar Prize 2014 Award for Excellence and Innovation. 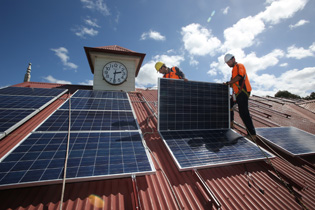 Lord Mayor Clover Moore said the plan proves that a renewable energy future can be achieved in Sydney and said it was an honour to be recognised on the global stage.

“Burning fossil fuels for energy is a huge contributor to climate change and almost 80 per cent of electricity used in Sydney comes from coal-fired power plants,” the Lord Mayor said.

“Our Renewable Energy Master Plan will help us transform Sydney into a city run entirely on renewable energy by 2030.

“The City is Australia’s first carbon-neutral government with ambitious targets to reduce emissions by 70 per cent by 2030. We are delighted that our renewable energy master plan has received this prestigious recognition on a global scale.”

The City’s renewable energy master plan was nominated by renewable expert and the president of EUROSOLAR, Peter Droege.

“The plan demonstrates a commitment to a fully renewable energy-based community and is a stellar model for other communities around the world to aspire to.”

The EUROSOLAR awards ceremony was held in Rome, Italy on Monday November 24. The Australian ambassador to Italy, Mike Rann, accepted the award on behalf of the City.