A new method for extracting energy during sewage treatment is being trialled with promising results. The results indicate that this method could double the energy output for sewage treatment in Washington DC. 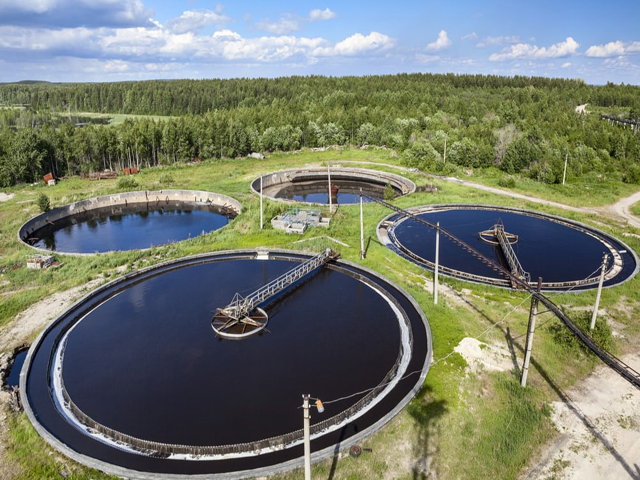 Global efforts to extract energy from sewage in forms such as heat, biogas and even electricity may get a boost thanks to the work of a team of biochemists and microbiologists from Ghent University in Belgium, who are collaborating on a pilot project with DC Water in Washington DC. 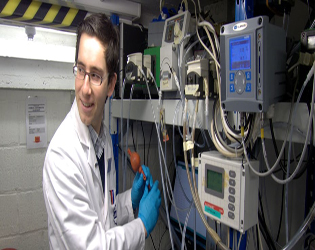 Currently, the overall principle of most sewage treatment plants revolves around optimizing the way microorganisms such as bacteria, fungi and protozoans feed on the organic contaminants in wastewater. As the microorganisms eat the organic matter, they form particles that clump together and settle at the bottom of a tank, allowing a relatively clear liquid to be separated from the solids and further purified.

This often includes a step called "contact stabilization," which involves using two aeration tanks to ensure the microorganisms are as active as possible before introducing them to the next batch of effluent needing treatment.

At the moment, the overall sewage treatment process recovers around 20 to 30 percent of the organic matter within the sewage mix. Dr Francis Meerburg, a researcher on the Belgian project, said their aim was to improve the way bacteria captures organic material.

Researcher Francis Meerburg and team has developed a new way of optimizing the rate that bacteria...

"Our approach is unique because we have developed a high-rate variation of the so-called contact-stabilization process," says Meerburg.

The team discovered they could improve yields within the contact stabilization process by ensuring the bacteria were as "hungry" as possible.

"We periodically starve the bacteria, in a kind of 'fasting regimen'," explains Professor Nico Boon. "Afterwards, wastewater is briefly brought into contact with the starved bacteria which are gluttonous and gobble up the organic matter without ingesting all of it. This enables us to harvest the undigested materials for the production of energy and high-quality products. We [then] starve the rest of the bacteria, so they can purify fresh sewage again."

This new method can recover more than 55 percent of the organic matter from the sewage, which is a big improvement over current rates of 20 to 30 percent. According to the team's calculations, this amount should provide enough energy to completely treat sewage without the need for external electricity sources.

Professor Siegfried Vlaeminck told New Atlas that this could result in lower energy bills for the public, and a more energy-neutral process for wastewater treatment plants.

"We're not going to solve climate change with our process, but every bit helps," Vlaeminck says. "For comparison: in our region of six million people (in Flanders), the energy usage of our sewage treatment municipality, Aquafin, corresponds to the residential electricity use of more than 690,000 people (more than 10 percent of the population). This gives an idea on the energy saving potential and impact, if all sewage treatment would be energy neutral."

As a clear sign that there's a strong appetite for more efficient, affordable and sustainable processes in wastewater treatment, the team's work has gone directly from the lab to a large-scale application in the USA's capital city.

The researchers are currently collaborating with DC Water (the District of Columbia Water and Sewer Authority) to implement the new process on a part of the plant's full-scale water treatment installation. The next step is to evaluate how well the process can help achieve more efficient wastewater treatment on a large scale.