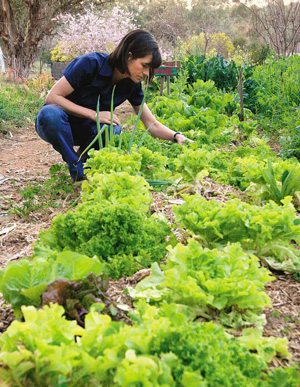 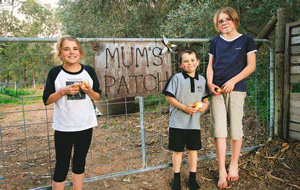 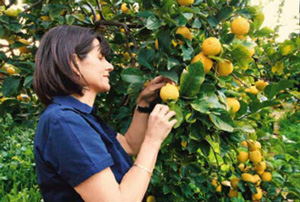 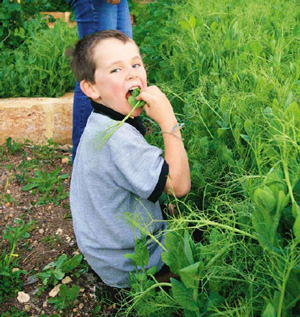 Growing up in the WA wheatbelt, where wildflowers were always abundant in the reserves and on the road verges, Sue McDougall developed an appreciation for the flora of her home state from a young age. Still, it wasn’t until she started studying horticulture and working in the industry that she realised the wildflowers she had grown up with and taken for granted were unique, prized species.

Having studied agriculture, Sue’s first real job was at a plant nursery that was after a labourer with a truck licence, welding skills, the ability to drive a tractor and other practical skills. They were no doubt looking for a bloke but didn’t actually say so. Sue applied for the job and got it. She went on to complete her certificate in horticulture and one of her early jobs was as a truck driver delivering plants around the metro area.

When Sue started in the industry, cocos palms and diosmas were in every second backyard and natives were definitely not fashionable. When she was 19, her boyfriend (now husband) Andrew bought Everbloom Garden Centre in Sawyers Valley as a closed-down business. The pair ate, breathed and slept plants and gardening, building up the profile of their business on the outskirts of the metro area.

Sue is passionate about getting it right from the beginning, encouraging gardeners to plan and do it properly so they are successful. She believes gardening is a lost skill with many of her generation not having a clue how to garden and grow their own food.

When she was growing up, the convenience movement took off; growing your own was seen as too hard and supermarkets had an abundance of produce.

Thankfully, things have changed and we’ve come full circle. Our children now understand the environment better and are learning more about gardening than we ever did.

Sue’s media career began by accident about 12 years ago, when she volunteered to help out a fellow nurseryman with a radio show. When he decided not to do the show, it was down to Sue until they could find someone else. After a three-minute tour of the studio as her training, she was on her own and hasn’t looked back.

Sue has found a career she truly loves and she has the knack of inspiring the gardening public with her own enthusiasm and energy. With any gardening media Sue does, she works from the basis that the gardener doesn’t have to have the technical knowledge and gardening skills need to be explained in a way that can be easily understood by anyone, as she explains...

What do you like about being in the gardening media?

We are competing with all other forms of entertainment for customers’ time, and gardening has to capture their imagination and have a real or perceived benefit for them to participate. It is one of the gardening media’s responsibilities to fulfil this by making gardening easy and fun!

I love the opportunity to talk to gardeners and even self-confessed non-gardeners about all aspects of horticulture and growing things. I want to inspire them to give gardening a go. It’s not hard, and when you have a little bit of success it makes you want to do more.

We are seeing a huge interest in growing edible crops and one of the most exciting aspects of gardening is getting children involved. Gardening is a life skill and giving our future generations the knowledge to grow their own food is something that is very important to me.

What were your career goals growing up?

Growing up on a farm, I only knew farming and agriculture. When I was 10, I wanted to be a truck driver — does that count? Did your mum and dad have a vegie garden?

Yes, they did. It was a large, traditional, long-bed garden. Water was scarce, but I remember the tomatoes. Dad loved growing tomatoes — actually, I don’t think he did any of the growing, but they were always his. I remember trying to grow watermelons in a paddock one year when we had summer rain, on some silica sand.

What sort of produce did they grow, or was it mainly flowering plants?

The garden was in a very heavy clay pan and they brought in tonnes of soil to build up the beds. This was not without its problems as the natives often became water-logged when they hit the clay. They grew beautifully for a few years and then died out, particularly the dry-area species.

Dad loved red roses and we had the traditional square bed out the front with 80 red roses. It was our job as kids to crawl under the shearing shed and collect the sheep manure for the rose beds. I remember always taking skin off my back from the tin when we tried to crawl out, and fighting about whose turn it was to get under the shed.

What is your opinion on organically grown compared with chemically grown?

I think it’s absolutely crucial that we grow our crops with the least amount of chemicals possible. I do have a problem with mass-produced crops and the fact that we don’t know what chemicals are used in the growing process. I don’t think we can get to the stage where there are no chemicals in the world of mass food production. There would be too many starving people.

I would like to hope that farming practices, along with the development of safe controls, will reduce the amount of chemicals (I would love none!) used. This is the main reason I advocate growing your own produce. At least you know what has been used on the crop, and a large percentage of your fresh vegetables can be grown very easily. Homegrown produce tastes better than store-bought food and you know what has been put on it.

Do you and your family consciously practise healthy eating?

Absolutely! I have a huge problem with chemicals, including artificial preservatives and colours. I carefully select the products we eat in our house. I buy locally produced as much as possible. Another concern is the absolute monopoly the large supermarkets have on supply and demand.

The small, local producers don’t ever get a look in. I can’t believe that things like dry biscuits are made in China and have as much of a facing on the supermarket shelf as the Australian-made products.

We eat as much homegrown produce as possible. We preserve a lot of fruit by drying and bottling and making sauces etc.

Throughout summer, I always have a project on the go.

What sort of garden do you have?

We live on a five-acre property and the north-facing garden is now 10 years old. It’s on a slight slope and has been retained on various levels. The trees are just starting to give structure in the garden and many of them are favourites with the kids — who are often found at the top of a tree. This garden is moving into its next phase; areas that were in full sun are now shaded and the long-term plan is to create a cool area with large trees, big urns and garden seats.

Simple and classic in the design.

The back garden is full of Australian plants with many unusual varieties; many we have collected from unique places or propagated ourselves. The grafted Verticordias I bought last year are looking stunning and I need to find a place to put in some more. There is the beginning of a dry creek bed and a little theatre with jam fence posts and rusty wire placed strategically. I want to develop this area.

Maybe it’s a little nostalgic, but I marvel at our native flora more and more. We spent three weeks this winter travelling the Canning Stock Route. This route spans three deserts. In an area that receives only 200mm of rain a year, the number of plants in full flower was astounding.

I have a great stand of native citrus and the wild limes reward me every year with an abundant crop without me doing anything to them. I was lucky enough to get hold of some trees from a grower 10 years ago, when he brought them in from the eastern states as a trial. I love them so much I have now planted six more trees in the garden.

Citrus are favourites and I have planted different varieties so I can pick fresh fruit (not including lemons) for six months of the year.

My favourite fruiting tree, though, is my King Shahtoot mulberry. This small ornamental tree bears hundreds of light-green fruit that are about 50mm long and are super-sweet.

The birds don’t seem to know they’re there — I don’t think they can see them on the tree because of the colour — and they don’t stain.

I love my vegetable garden, which Andrew refers to as my market garden. Living on five acres gives us the luxury of space and the vegetable garden is about 300m2. It’s surrounded by citrus trees and olives and is very productive. At the moment, the potatoes are coming to the end and their bed will be replanted with beans.

Sue’s tips for a successful garden in WA

Sue McDougall writes on gardening, does talkback on Perth local radio 6PR 882 and is also part of the Garden Gurus team on Channel 9