New research from the Husqvarna Global Garden Report reveals Australians would pay more for property with nearby parks than parking. 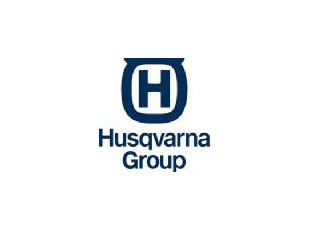 The city dwellers of Australia are more willing to pay more for a property if it’s located close to a green space (65%) over good shopping (48%), restaurants (39%) cultural venues (38%) and good nightlife (17%) according to the Husqvarna Global Garden Report 2012.

The annual Husqvarna Global Garden Report 2012, compiled by independent research firm Kairos Future, studied nine countries and over 4,500 home owners, 540 of which were Australians. This year’s study focused on the importance of green spaces within urban environments.

Despite the clear demand for parks space and greenery, only 34% of Australians believe there will be a growth in green spaces across their city in the next 20 years whereas 42% think otherwise.

The report identified that the relationship between green spaces and cities was a challenging one. As cities become more populated, the value of land is increasing and the cost of park maintenance isn’t easing - green spaces have become tempting prospects for exploitation.

“The growth of cities certainly hasn’t slowed the demand for green spaces by their citizens. Green spaces have been known to, and this report confirms that they provide motivation for exercise, a place to relax and enjoy surroundings with family and friends. The challenge for cities is to cater to growing populations in urban areas while trying to reduce maintenance costs of green spaces and at the same time - resist the lure of increased financial opportunities through land sale,” said Stephen Clark, General Manager – Product Marketing, Husqvarna Australia.

“The global trend is to get creative and change the traditional model of a green space. By 2015, Milan will have its Bosco Verticale, two towers with 10,000 square meter urban forest of 900 trees of all sizes, growing vertically against the height of the building surface. Green roofs have already started making an appearance both globally and in Sydney.

“In fact the East Village Victoria Park that’s currently in development includes ‘Sky Park’, sitting 18 meters above ground level and will feature shade booths, BBQ areas and a communal vegetable garden. This is a trend we expect to continue, as cities try to balance the grey with green.”

Many cities across the world are now experimenting with innovative ways to combat urbanisation. China is leading the way by engaging in a number of green projects, ranging from forest projects to eco-cities such as the Tianjin Eco-Village which is due to be completed by 2020.

Those who have access to parks and similar spaces are more likely to exercise, socialise and be less stressed. Wild horses can’t keep Aussies from a good green space, but poor maintenance (62%), vandalism (65%); and general unsafety (70%), could,” Stephen concluded.

Husqvarna is the world’s largest producer of lawn mowers, chainsaws and portable petrol-powered garden equipment such as trimmers and blowers. The Group is also a world leader in diamond tools and cutting equipment for the construction and stone industries. The product offering includes products for both consumers and professional users. The Group’s products are sold via dealers and retailers in more than 100 countries.

Husqvarna Global Garden Report is an annual report about trends and current topics within gardening. This year’s report is focused on the importance of green spaces within urban environments. The report is based on a study conducted in 9 countries with more than 4,500 homeowners. The Husqvarna Global Garden Report was initially released in March having studied 7 countries. The report was expanded to include China and Australia, and re-released today.

For the full report visit: http://husqvarnagroup.com/en/press