Species of grass have been discovered to be stealing genes from neighbouring grasses in order to give itself an evolutionary boost. 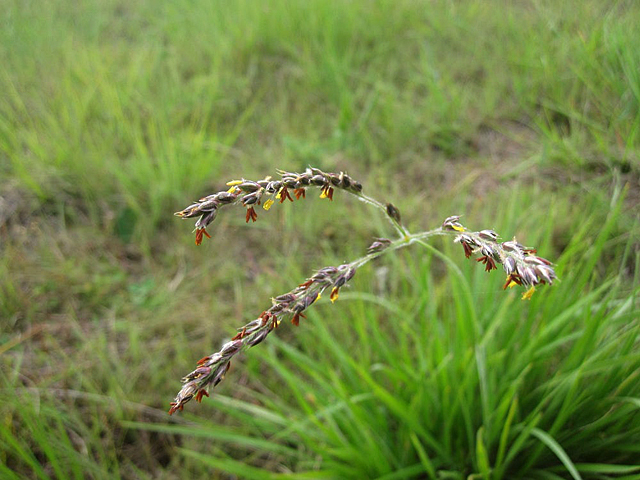 Who among us didn't cheat on a test at school by copying off kids nearby? Well it turns out that grasses are doing the same thing on an evolutionary level. Scientists have found evidence that some species of grasses are stealing genes from their neighbours to help them adapt, effectively bypassing millions of years' worth of evolution.

Traditionally, gene transfer happens ‘vertically’, passed down from parents to their offspring. But some organisms can transfer genes horizontally or laterally. Most notoriously, bacteria use the cheeky technique to quickly develop resistance to antibiotics and share it around.

Now researchers at the University of Sheffield have found that, surprisingly, some grasses are also running a “counterfeit genes” ring. The discovery was made by studying the genome of Alloteropsis semialata grass, and comparing it to the genomes of 150 other grass species. The similarity of certain DNA sequences showed that they had been acquired laterally from their natural neighbours.

"Grasses are simply stealing genes and taking an evolutionary shortcut," says Luke Dunning, an author of the study. "They are acting as a sponge, absorbing useful genetic information from their neighbours to out-compete their relatives and survive in hostile habitats without putting in the millions of years it usually takes to evolve these adaptations."

Interestingly enough, the study also showed that Alloteropsis semialata wasn't the only kind of grass using the trick. On the surface it might seem like a good thing: it helps grass thrive and we need grass – especially considering that broad name includes foods like wheat, maize, rice and sugar cane.

But there could be a darker side to a bit of sneaky gene stealing. The researchers point out that natural grasses could copy certain genes from genetically-modified (GM) crops, allowing these lab-made additions to "escape" into the wild. While scientists currently take plenty of precautions to prevent losing control of GM organisms, this could undo that hard work and potentially wreak havoc on ecosystems.

"This research may make us as a society reconsider how we view GM technology as grasses have naturally exploited a similar process," says Dunning. "Eventually, this research may also help us to understand how genes can escape from GM crops to wild species or other non-GM crops, and provide solutions to reduce the likelihood of this happening. The next step is to understand the biological mechanism behind this phenomenon and we will carry out further studies to answer this."

The research was published in the journal Proceedings of the National Academy of Sciences.