Held annually in Nagasaki, Japan, the 2012 Gardening World Cup has been a show of unprecedented standard this year. 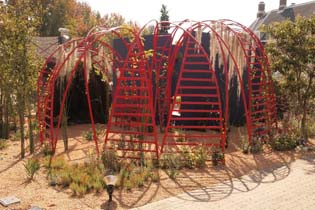 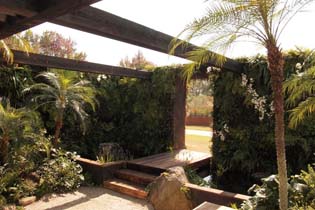 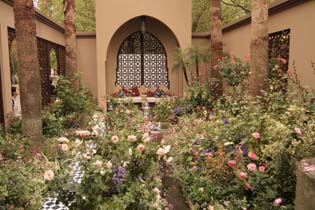 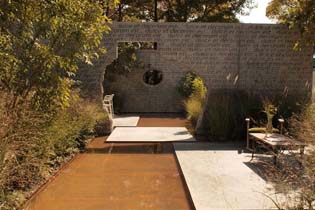 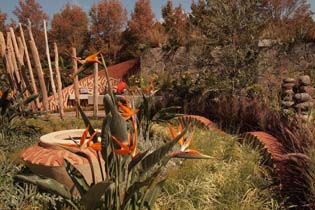 What an amazing Gardening World Cup 2012! Held annually in Nagasaki, Japan, it has been a show of unprecedented standard this year, with designers showing off their individual styles with gardens that will even make the most experienced landscaper stand back and say, “Wow, now I haven’t thought of that yet!” The gardens all had the same theme, which was WORLD PEACE, and each garden portrayed that theme in a individual way, making each garden completely different from the next.

This year Spain joined the show, and Gabino Carballo showed us why Spain is so colourful, and ‘out of the box’ when it comes to design, with his portrayel of safety and danger in the form of a dragon giving shape to his garden.

One of this decade’s best garden designers (also a twice gold award winning designer at Chelsea) is the one and only Jihae Hwang of South Korea. Now when you hear that she is going to be at the same show as you, well then you definitely start worrying, as she is amazing in her deep thinking designs and the attention to detail is extremely thorough. Her garden portrayed the basket of a mother and her family overcoming the difficulties to survive in this tough world.

New Zealand’s Xanthe White created a garden that oozes lush tropical plantings surrounded by vertical walls that gave the whole garden a cool moist feel. During the show we had heat like I have never experienced here in Africa, so when some of the designers were on their last gasp of energy in that unforgiving sun, we just had to sit and relax in her tropical garden for a while and would soon feel regenerated and ready for another session in the sun.

The winner of this year’s show was Lim In Chong from Malaysia who showcased a Middle Eastern styled garden. There are very few designers that I know off that can put plants together looking as natural as can be, like Lim can. He portrayed life’s hardship on one side of the garden, and then the journey to get through it, eventually arriving at paradise.

Also very exciting for everybody was that France joined the show this year, teaching us all about good food, good wine and giving tips on how to charm the ladies. But James Basson‘s design took my and the rest of the designers’ breath away. The design was based on a picture taken from a bombed house in Afghanistan, and then how life came back to the site of devastation.

Japan had 3 entries this year. The first garden was done by the very famous traditional Japanese garden designer Kazuyuki Ishihara, who had a garden that made even me convert to wanting to have a bonsai on the African savanna. He makes use of mostly moss on his vertical gardens, and lots and lots of waterfalls. Luckily the restrooms were close by, having had to work next to his waterfalls all the time.

Hiromu Terashita designed a garden that portrayed the ruins of an ancient civilization, that was now re-occupied by nature, what really impressed me was his extremely neat site, MY WORD! My site looked like a disaster area compared to his.

What I love most about international shows is the friends you make; the American team was definitely no exception and was such a lot of fun having around this year. The designer Karen Stefonick created a waterwall garden that took you to a magical water and light show experience.

The Gardening World Cup is definitely growing a lot in popularity, where an astounding number of the Japanese public come from afar to see the gardens on display at the Huis ten Bosch Palace in Nagasaki.
Well done to all my fellow designers. It was a true honour working with you, and I learned such a lot again, filling my head full of new ideas to take back to Africa.