A floating surf park with waves of up to 1.5 metres has been unveiled for Melbourne, in a bid to bring the surf to the city. 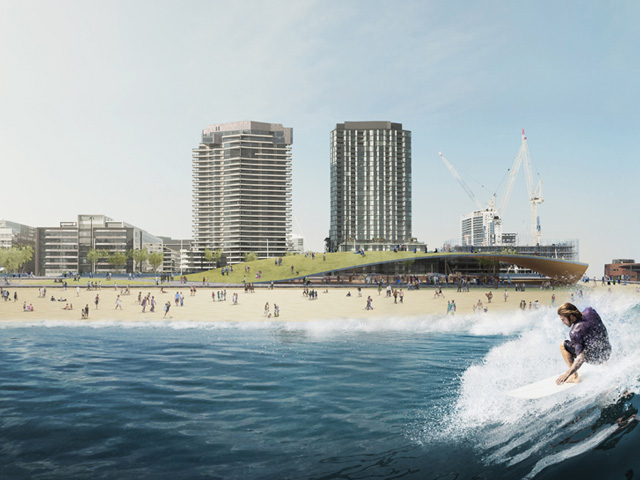 Melbourne’s Victoria Harbour may soon be home to a floating surf park, allowing thrill-seekers to ride waves of up to 1.5 metres within a safely controlled environment. 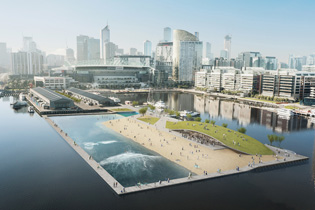 Positioned at the end of Docklands’ Central Pier, near the city’s Etihad Stadium, the buoyant facility would also include a large sandy beach, with an expansive lawn topping an amenities pavilion that includes retail outlets and changing rooms. Decking surrounds the perimeter of the pool, allowing passersby to constantly monitor the action. The project is currently in its initial stages, with developers looking for around $8 million to fund the scheme.

“The whole concept began with an idea of being able to surf within a city location,” explained Architect Damian Rogers.

“Our vision includes a surfable wave as well as an urban space where people can enjoy the environment around them,” added Monica Hatcher of Arup.

“The space will have an area for people to have picnics, for families to enjoy and embrace the water, and for children to learn how to swim.”