Although it may sound fantastical, a floating city could well be part of our future, and provide for a self-sustaining solution to overcrowding. 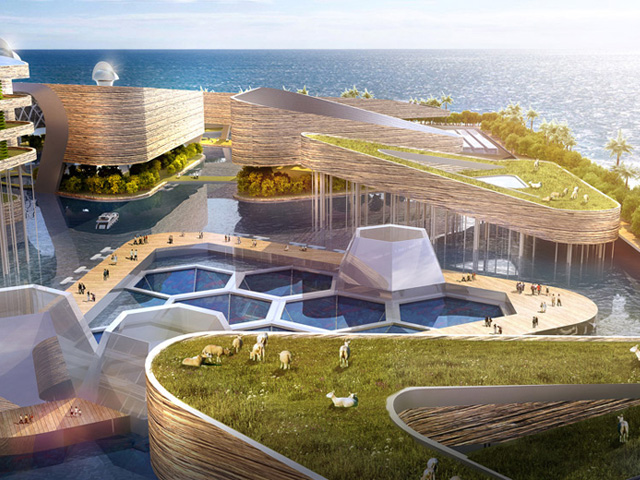 AT Design Office proposes to combat the effects of urbanisation on land by staging networks of floating cities. Commissioned by Chinese construction firm CCCC, the ocean metropolis plan comprises a four-square-mile floating island that could house a neighbourhood offshore. 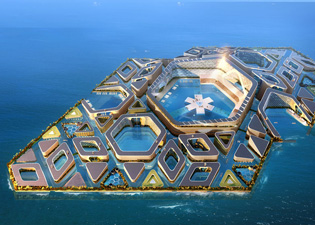 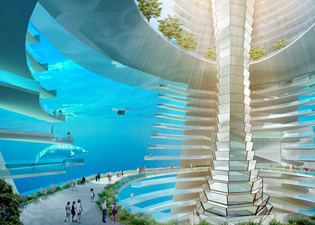 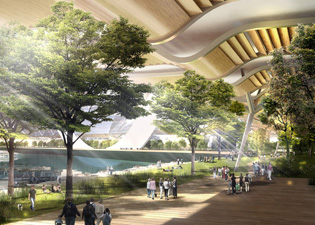 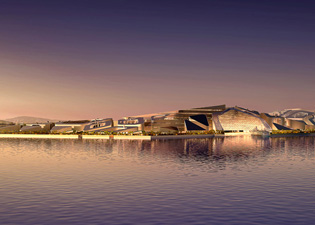 Made from prefabricated hexagonal modules, the Floating City would be self-sustaining and provide a comfortable alternative to overcrowding on the mainland.

Although a Floating City may sound fantastical, it is much more realistic than you’d like as it would be built with the same technologies that CCCC has used to build a 31-mile bridge between Hong Kong, Macau and Zhuhai.

AT Design Office’s plan is a sprawling island made from hexagonal modules, with areas both above and below water. The island would include vertical farms and fish hatcheries to produce its own food, as well as trash facilities to sustainably dispose of their own waste. AT Design also notes that the island will be zero-carbon and energy efficient.

The island, which would be arranged in clusters with other prefab islands, would be connected with underwater tunnels to both each other and to the mainland. Green belts would comprise the island’s central hub, weaving under and above water as a continuous park, while a hotel and amusement city will be housed underwater.

AT Design also foresees a public traffic hub for submarines, cruise ships and ferries, to transport inhabitants to the mainland or within the Floating Island cluster.

The Floating City may sound like science fiction, but China Transport Investment Company is seriously reviewing the proposal for a possible small scale project next year.